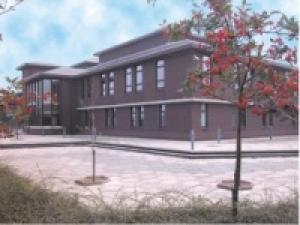 A Lisburn man has been jailed for life today (thurs) after he admitted stabbing a mother to death on Christmas Day.

There were emotional scenes at Craigavon Crown Court as 20-year-old Nathan Ward, dressed in a black t-shirt and grey track bottoms, was rearraigned on all charges and pleaded guilty to the murder of Jayne Toal Reat on 25 December 2017.

Her daughter Charlotte Reat, sitting just a few feet away in the public gallery, began sobbing and was comforted by friends as Ward confessed his guilt to killing her mum and trying to kill Charlotte herself.

Standing seemingly impassive in the dock, flanked by prison guards Ward, with an address at Mornington Lane in Lisburn, also admitted wounding his own father Joseph Tweedie with intent to inflict grievous bodily harm arising from the same incident.

Following the guilty pleas, Judge Patrick Lynch QC jailed the self-confessed killer for life and adjourning for numerous reports from a psychiatrist, probation and victim impact reports, told Ward he would fix the minimum tariff he would spend behind bars in March.

Nothing of the surrounding facts have ever been heard in Court but 43-Year-old nurse Jayne, died in her daughter’s arms after an incident at the house in Mornington Lane early on 25 December.

During the attack her daughter Charlotte sustained a number of knife wounds to her head, neck and face while Ward's father Joseph Tweedie also received knife wounds.

It is understood that police and ambulance crews were called to the scene at Ward’s home on Mornington Lane in Lisburn shortly after 6am on Christmas Day.

In court today (thurs), as he was being lead in handcuffs to the cells to begin his life sentence, Miss Reat swore towards her mother’s killer.

Just a few hours after the fatal attack, Charlotte posted a heart wrenching on social media:

“I just want to thank everyone for all the kind messages and posts. im not in the frame of mind to reply to anyone nor am i fit to be writing this status.

'Today will be a day i will never forget as my mum was murdered infront of my eyes and then later died in my arms. i can still feel her in my arms and hear her screams of pain and see the panic on her face.

'My mum died. I was stabbed twice in the head once in my face and once to the back of my neck.

'I am with family and have to identify my beautiful mothers body tomorrow which is not something i ever expected to be doing.

'Jayne Toal Reat I just wish i could trade places with you.

'You're my hero forever and always and ill never forget you and i promise i will get you justice! that scum wont get away with this if its the last thing i do!”