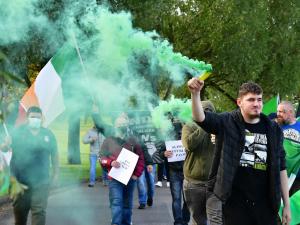 Four men are to appear in court charged with a number of public order offences, including riotous behaviour, following a protest outside Maghaberry Prison.

The men, three of them aged 20 and the fourth aged 23, have also been charged with a number of fireworks offences.

All four were arrested during the demonstration on Saturday after a police officer was injured.

The rally was being held in support of dissident republicans.

The four men are due to appear at Lisburn Magistrates’ Court on Monday.

All charges are reviewed by the PPS.

Four men, aged in their 20’s, have been arrested following disturbances at a demonstration outside Maghaberry Prison

One police officer was injured pic.twitter.com/e01BkFyoQE

The MLA said: “Yesterday supporters of dissident republican prisoners took it upon themselves to hold a protest outside Maghaberry Prison and, as a result of disturbances which broke out, a police officer was injured. 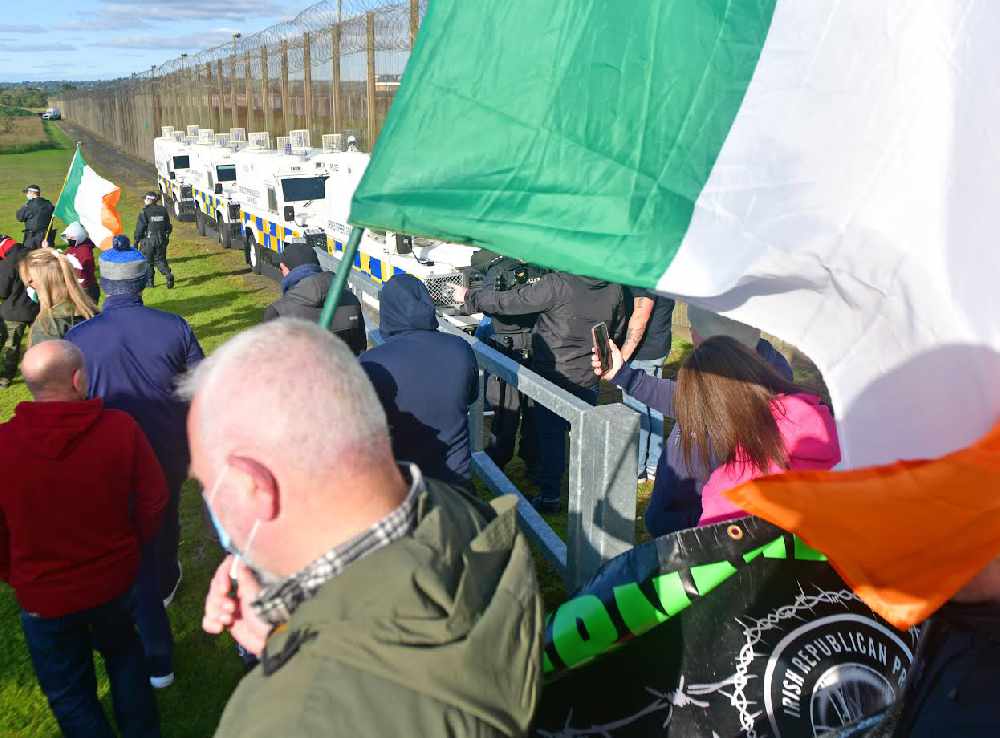 “This entire situation is an exercise in futility.

“The bottom line is that anyone who still supports the failed and flawed concept of physical-force republicanism has nothing positive to offer anyone and is on a road to nowhere.

“All this ideology ever did was fill the jails and fill the graveyards, destroying lives and communities in the process.

“I would like to wish the injured officer a speedy recovery and would urge the authorities to be very mindful what kind of protests they facilitate near our prisons in future, not least in the midst of the current pandemic.”