ROI: Coronavirus restrictions 'could be lifted in a couple of weeks' 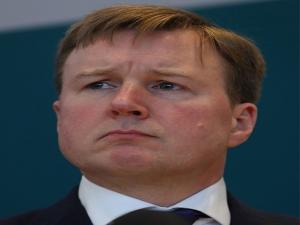 Some restrictions on movement in Ireland could be lifted within a couple of weeks, a health service adviser has said.

Cillian De Gascun, chairman of the HSE's expert advisory group on Covid-19, said "real-time" testing and contact tracing systems would need to be in place before any relaxation of the lockdown could happen.

The coronavirus death toll in Ireland rose to 263 on Thursday, with 28 further deaths reported.

There have been 6,574 confirmed cases in Ireland.

The National Public Health Emergency Team will make a recommendation to the Government on Friday on whether to extend the strict clampdown on movement beyond Easter Sunday, when the initial period is due to expire.

It is widely expected that the restrictions will remain in place. People are currently only allowed to leave their homes in a limited set of circumstances.

Dr De Gascun, director of the National Virus Reference Laboratory, indicated that some relaxation may be possible in a number of weeks, but the consultant virologist cautioned that measures may then need to be reintroduced if the number of cases start to surge.

His comments come amid evidence that social distancing rules have helped to significantly reduce the infection rate in Ireland.

"We've made a lot of progress but we need to do better before I think we can realistically lift those restrictions," Dr De Gascun told RTE Radio One.

"However, we are conscious of the fact that the restrictions are very difficult for people and they are not sustainable in the long term. So what we would hope to do is be able to lift those within the next perhaps a couple of weeks, and then monitor the situation from a virus perspective.

"Ultimately, what we have to try and do is control the impact on our health service.

"And if we get to a situation where, for example, we have 1,000 new cases per day, then that will overwhelm our intensive care system in a very short period of time.

"I think while people will be finding the restrictions difficult, I think you just need to look at other countries like Italy, like the United States, like Spain - this virus, if given an opportunity, can run rampant.

"It's really important that people, that we can't become complacent. Even though we have had a very successful implementation of measures thus far, there's still a long way to go, unfortunately.

"But... we would like to be able to lift the restrictions as soon as possible so that people can return to some level of normality."

Dr De Gascun said relaxation might involve allowing some increased movement outside the house and the reopening of some retail services.

"We're not going to be going back to a normal state of affairs," he said.

"And it's possible that there may be some form of restriction in place for quite a while yet, until we see exactly... until we can get the curve or the pandemic or the epidemic in the country under control and suppressed."