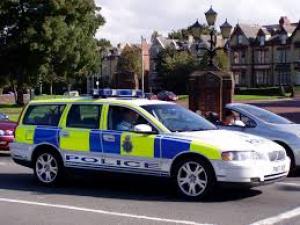 One of five Romanian men attacked in a house in Newtownabbey sustained stab wounds, police have said.

Detectives are investigating whether a loyalist gang was behind the violent incident in the Hollybank Drive area.

Officers said contrary to some reports there was no evidence a firearm was used by the attackers.

On Tuesday, the PSNI issued an update on its investigation into Sunday night's incident, which officers are treating as an aggravated burglary.

"It is understandable that this incident has caused concern within the local community and I would reiterate our appeal for anyone with information to come forward," she said.

"Whilst one of the victims has sustained a broken shoulder and stab wounds, the others thankfully sustained only minor injuries.

"I would reiterate that there can be no justification for this vicious attack or the extensive damage caused to the house. The actions of those responsible are not reflective of the wider community who have been vocal in their support for the victims."

She urged anyone with information to come forward.