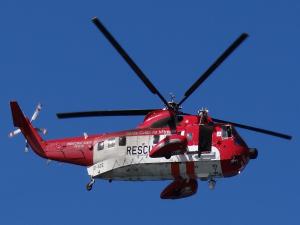 An Irish Coast Guard helicopter has airlifted an injured sailor from a British Royal Navy submarine off the Irish coast.

It happened more than 250 kilometres west of Achill Island this afternoon.

The sailor is understood to be receiving treatment for injuries on both legs at Sligo University Hospital.

A Royal Navy statement said “We can confirm that a crew member from a Royal Navy submarine was today airlifted to hospital by the Irish Coast Guard.

"Arrangements were made for the airlift through the UK coastguard in accordance with standard procedures."

A spokesperson said it would be inappropriate to comment further due to security reasons, as the Navy does not discuss submarine activity.