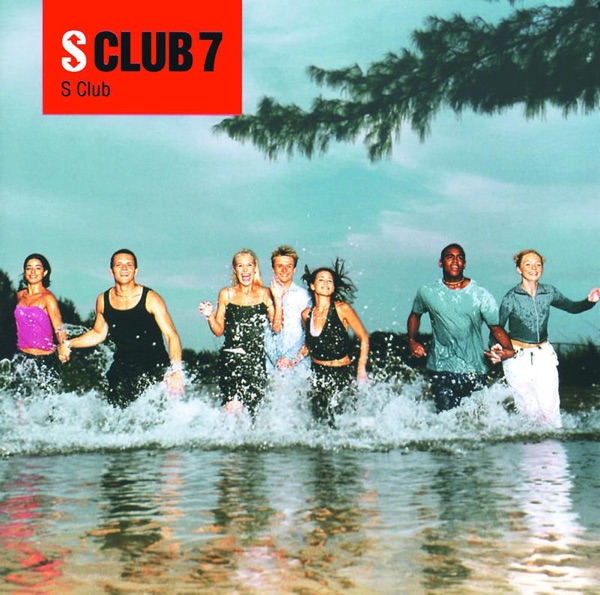 Bring It All Back 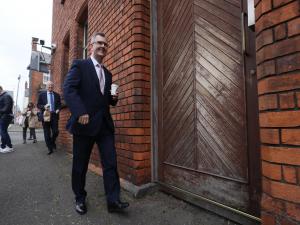 Voting has closed in the first leadership contest in the DUP’s history.

The 36 members of the party’s electoral college, made up of its MPs and Stormont Assembly members, were eligible to vote in the race between Sir Jeffrey Donaldson and Edwin Poots.

Ahead of the vote, which was open from 12pm to 4pm, politicians made final pitches for support in a virtual hustings event.

Sir Jeffrey was in confident mood as he left the party’s headquarters in east Belfast afterwards.

Edwin Poots was non-committal as he left party headquarters.

Asked what the mainstay of his leadership pitch was, Mr Poots said “reform”.@PA pic pic.twitter.com/z4PUEnSNvx

Edwin Poots was non-committal as he left. Asked what the mainstay of his leadership pitch was, Mr Poots said “reform”.

Outgoing leader Arlene Foster, who was forced to quit after a party heave against her, also voted in the race to succeed her.

Briefly speaking to the media as she left party headquarters after casting her ballot, First Minister Mrs Foster said: “I voted for the person who will bring the Democratic Unionist Party forward and I think that’s very obvious.”

Strangford MP Jim Shannon told reporters why he was supporting Sir Jeffrey as next DUP leader.

“I think Jeffrey has qualities that take him beyond Northern Ireland and across to the mainland,” he said, adding: “I think those are statesman-like qualities that the party needs.” 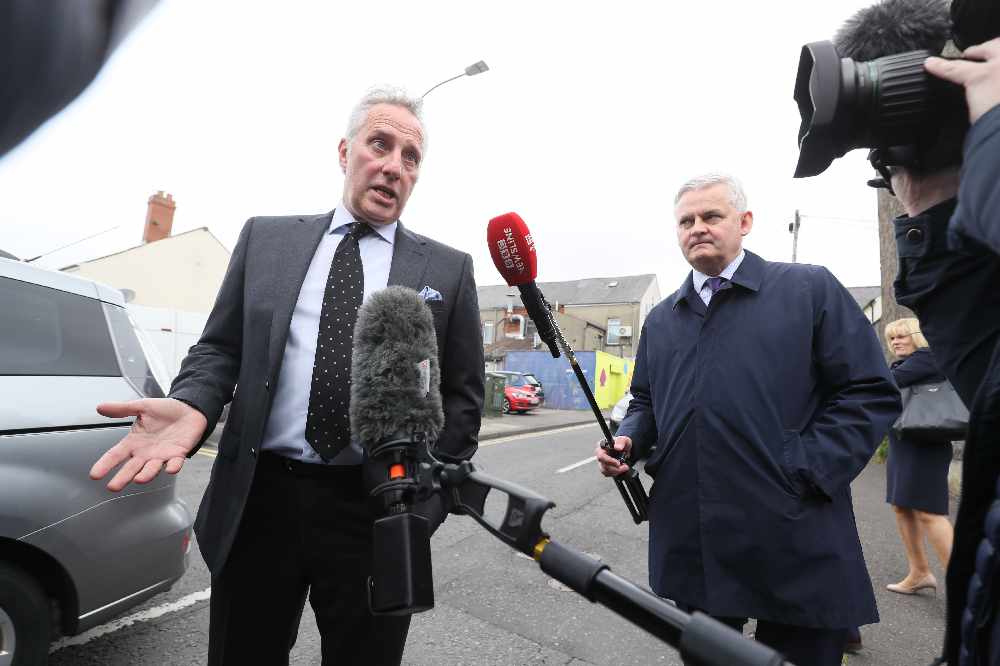 Ian Paisley Jr speaking to the media as he arrives to vote at DUP headquarters.

North Antrim MP Ian Paisley Jr said his father, the party’s founder, would be “immensely proud” that a democratic election was deciding the next leader.

“It’s a party that my dad founded with the name democracy in it and this is a democratic decision,” he said.

“At last the members, the elected members, are deciding who their leader is. That’s a very important decision and I know he would be immensely proud of that today.”

As he arrived at headquarters, South Belfast MLA Christopher Stalford, who is supporting Mr Poots, said: “I think it’s going to be a good day, a good day for democracy inside the Democratic Unionist Party.”

It is anticipated that the winner, who will be announced by party chairman Lord Morrow, will be confirmed at around 5pm of Friday.

In the event of a tied result, the matter will be passed to party officers to decide the next step, with a re-run of the vote a possibility.

Sir Jeffrey Donaldson was in a confident mood as he left DUP headquarters after making his online pitch for votes.

She was ousted after pressure by party colleagues unhappy with her leadership and will step down from that role on May 28, and as Stormont First Minister at the end of June.

The campaign for the first leadership contest in the DUP’s 50-year history has been unusual, in so much as the party prevented both men speaking publicly about their candidature.

Party officers insisted the contest should be confined to internal campaigning among the electoral college.

Information about each candidate’s pitch to party colleagues instead entered the public domain primarily via manifesto documents leaked to the media.

The campaign focused on rank-and-file concerns about DUP internal processes and structures, and wider political challenges facing unionism, in particular contentious post-Brexit trading arrangements, called the Northern Ireland Protocol, that have created new economic barriers between the region and the rest of the UK. 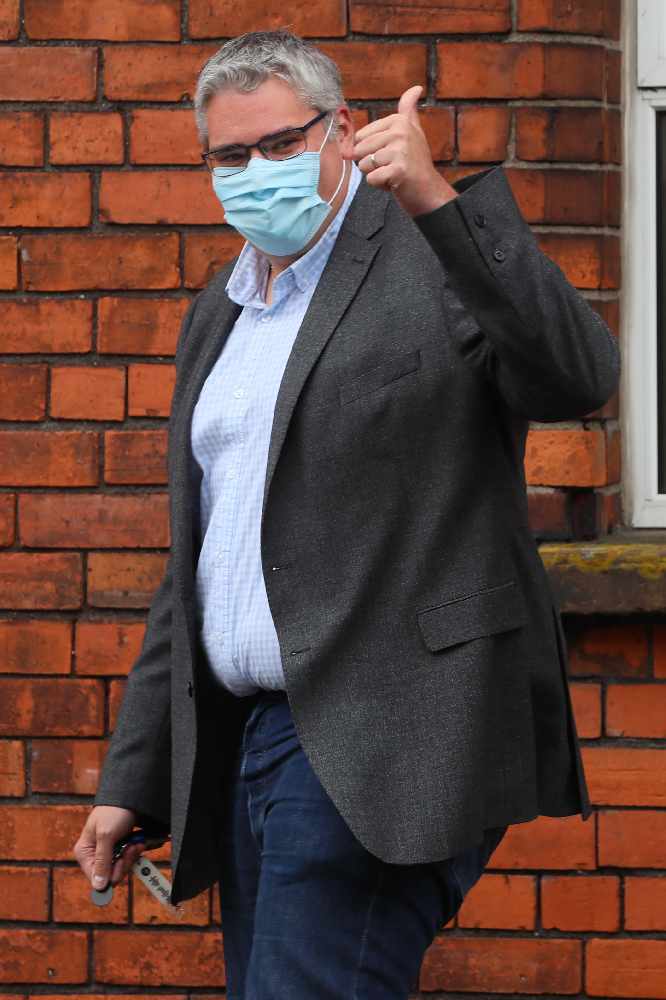 Unionism and loyalism have been significantly unsettled by the protocol and the emergence of the “Irish Sea border”.

The political turmoil that has been unfolding within the DUP has also extended into the wider unionist family.

The looming Assembly election, which is currently scheduled for next May, has undoubtedly been a motivating factor among those advocating a leadership change within the two parties.

Under a “strength and experience to lead” strapline, Mr Poots insisted he has the “right plan to reform our party” and to “reinvigorate unionism”.

Lagan Valley MLA Mr Poots previously indicated that he will nominate a colleague to serve as First Minister.

Sir Jeffrey’s final message to voters included a pledge to stand in the next Assembly election and become First Minister himself.

The long-standing Lagan Valley MP promised “major changes” and “greater participative structures” within the party, and pledged to provide “united leadership to unionism and the country”.

Sir Jeffrey and Mr Poots were allocated 10 minutes each to speak to the electoral college on Friday morning.

The contenders to succeed Lord Dodds as deputy leader, Mr Campbell and Paula Bradley had five minutes to make their case. Paul Frew, who had been vying for the deputy leader, withdrew from that race on Friday.