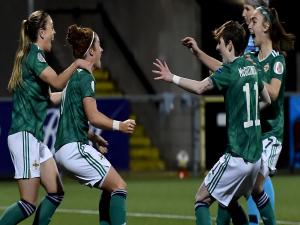 Marissa Callaghan and Nadene Caldwell confirmed Northern Ireland's qualification for UEFA Women's Euro 2022 as they beat Ukraine 2-0 in the second leg of their play-off.

Skipper Callaghan's 55th-minute strike gave her side the lead at Seaview in Belfast before substitute Caldwell added a second deep into stoppage time to make it 4-1 on aggregate and ensure the nation's first ever participation at a finals tournament.

Kenny Shiels' side, who won 2-1 in Kovalivka on Friday, started brightly and threatened from a series of early set-pieces which repeatedly put goalkeeper Kateryna Samson under pressure.

However, as Ukraine's wide midfielders Olha Boychenko and Olha Ovdiychuk started to make an impression they were served with a reminder that their job was far from done. 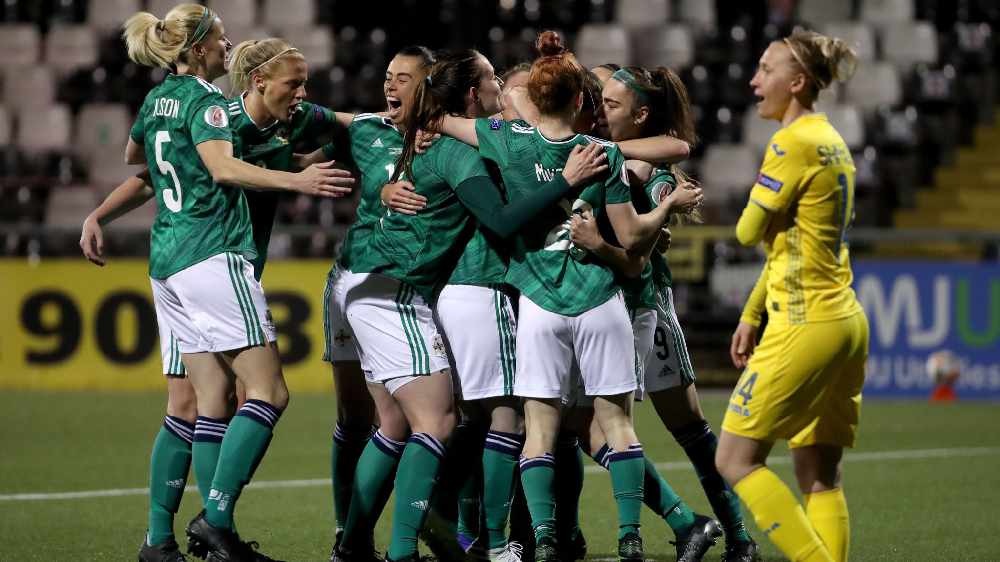 Celebrations in full swing at Seaview.

In an untidy start to the second half, the home side dominated without creating genuine chances and when they finally did take the lead on the night it was a result of persistence.

Callaghan climbed to help on Julie Nelson's deep free-kick and as defender Darya Kravets hesitated, she chased down the loose ball and stabbed it past Samson.

The visitors unravelled as time ran down and midfielder Natiya Pantsulaya was sent off for a cynical foul on Sarah McFadden, before Caldwell made sure in the sixth minute of added time.

Dream comes true! Callaghan and Caldwell goals clinch a famous victory. Kenny Shiels' #GAWA girls branded no hopers have made it to @UEFAWomensEURO the first finals ever for NI women. Sensational! pic.twitter.com/XJU5fpMk8w

🎥 The Green and White party has started: #GAWA #WereGoingToTheEuros pic.twitter.com/24Tn1eLHn7

🎥 "I just knew it was going to happen" 💚@marissac_17 looks back on a perfect night for NI skipper 👇🏻 #GAWA pic.twitter.com/76tECjyTYB

The joint heads of government were quickly singing the praises of our new sporting heroes:

"Fantastic for @NorthernIreland another crack in the glass ceiling. So proud of all this team has achieved. Just what the country needs at the moment. Thank you history makers. #GAWA #HeadingToTheEuros" pic.twitter.com/Czc2mY7BOw

"A fantastic result for women in sport tonight. Congratulations to Marissa Callaghan and the rest of the squad. #Inspirational #HistoryMakers"