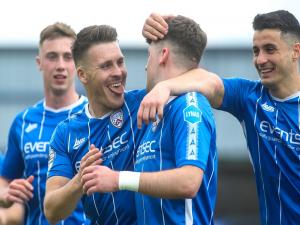 Coleraine go head to head with Glens at Oval.

There's a full round of games in the Danske Bank Premiership on Tuesday evening.

The Bannsiders are six points behind the Blues, with the Glens a point further back.

Second spot would secure a place in the Europa League play-offs.

There are just four matches left to play, including the Tuesday fixtures.

In Section B, Carrick play Ballymena, Dungannon take on Warrenpoint and there's a Mid-Ulster derby, Glenavon against Portadown. 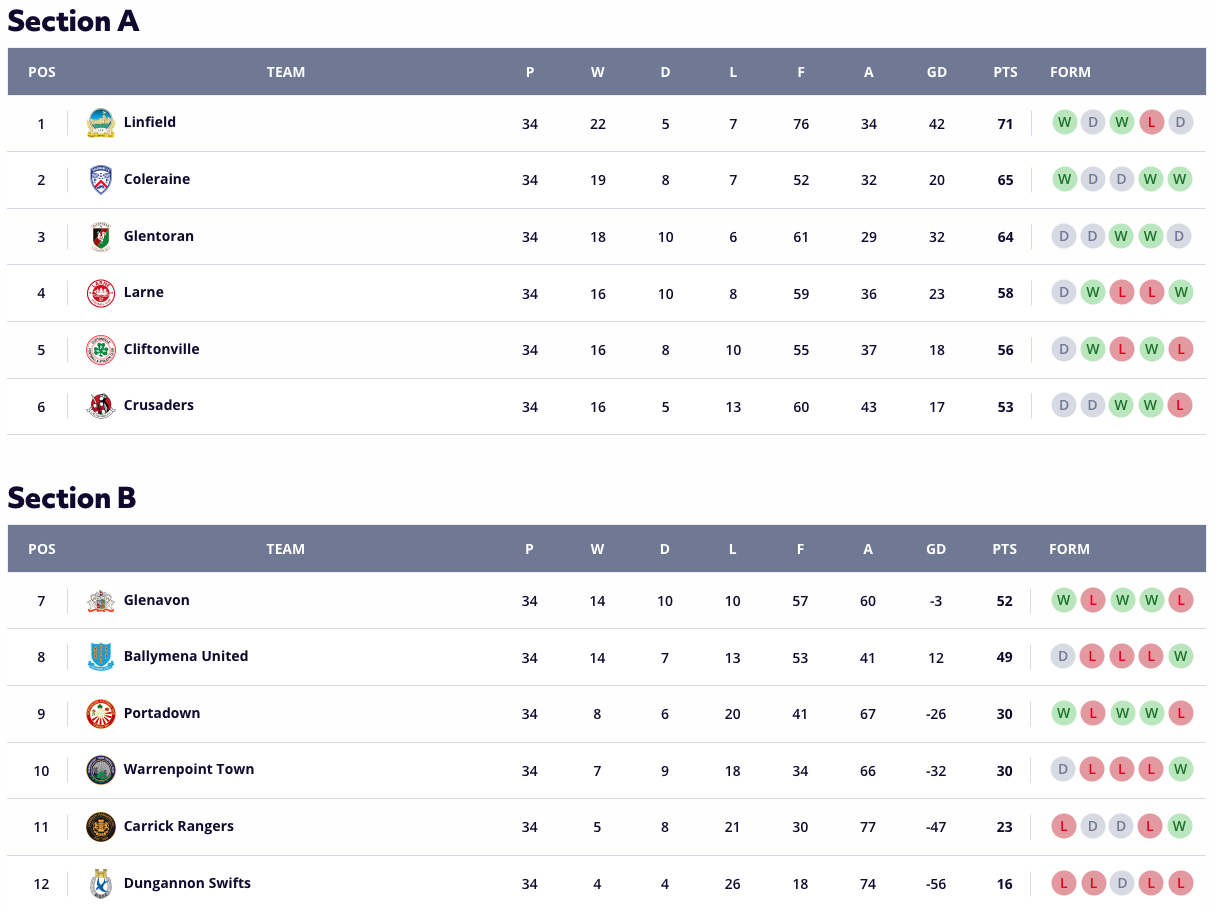 Derry City's winning run came to an end on Monday night - against their local rivals.

Harps hit back from goal down to snatch North West derby victory at the death. 1st ever league win over Derry at Brandywell. 1st defeat for new Candystripes boss Ruaidhri Higgins. #FootballForAll pic.twitter.com/JLYa5V3I1u