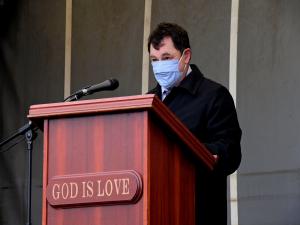 Dozens of parishioners at a  number of Co Antrim churches have joined together for the first time in weeks after the reopening of drive-in services.

Outside Bushmills - Dunseverick Baptist Church in County Antrim welcomed dozens of worshippers who social distanced by remaining in their cars.

Pastor Billy Jones said it was a symbolic day but not an entriely new phenomenon. The church regularly holds drive-in services during the summer months. 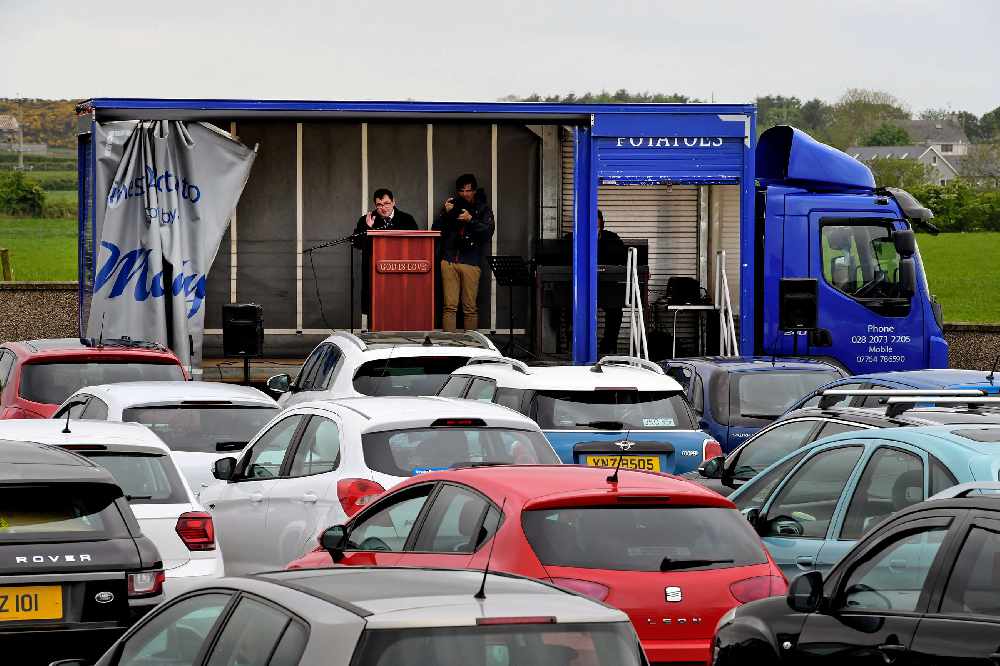 Pastor Brian Madden, of Maghaberry Elim Church, said he was happy to be able to deliver his service in front of church members.

He had been forced to suspend his previous drive-in service almost eight weeks ago when strict coronavirus measures were put in place across Northern Ireland.

Last week the Northern Ireland Executive said drive-in services could resume as part of the easing of restrictions, and on Sunday, numerous churches reopened car parks to allow parishioners to return.

Standing on the church steps, Mr Madden delivered his sermon while people were confined to their cars.

Social distancing measures meant parishioners were not allowed to leave their vehicles and people were asked to take their own communion.

The congregation sang hymns and said prayers throughout the 40-minute service.

Mr Madden said: "We actually did a drive-in service before the lockdown and it went very well but we had to stop that once stricter measures came in.

"Over recent weeks I wrote to some politicians about it and they checked to see if it could be done so we were happy to see it in the first step.

"Until we are through the pandemic we will put measures in place to play by the rules and we take our lead from the medical people."

Mr Madden, who was diagnosed with Covid-19 seven weeks ago, said he is fully recovered.

"I was pretty bad with Covid-19. I was breathing heavily and lost my sense of taste and smell," he added. "But with God's help I pulled through it and got out to the other side and now completely clear."

While a number of parishioners attended the drive-in service, many older members had to watch from home.

Harry Young, from Belfast, who has been going to Elim church for 10 years, was one of the many who attended the drive-in.

"It brings us a lot of comfort being here. You miss people and being with them so it's nice being together outside."

Beverley Donaghy, from Lisburn, said it helps lift her spirit during the health crisis.

"It's nice to get a bit of fellowship from the rest of the church. It's one thing watching it on Facebook live but it's another thing being able to come and see everybody here," she said.

"It makes all the difference to be able to spend some time with everyone else and do the things we normally do on a Sunday.

"It's not going to be the same when you are in the church building but it's the closest thing we can do right now which is great. It lifts you and gives you a boost spending time at the church." 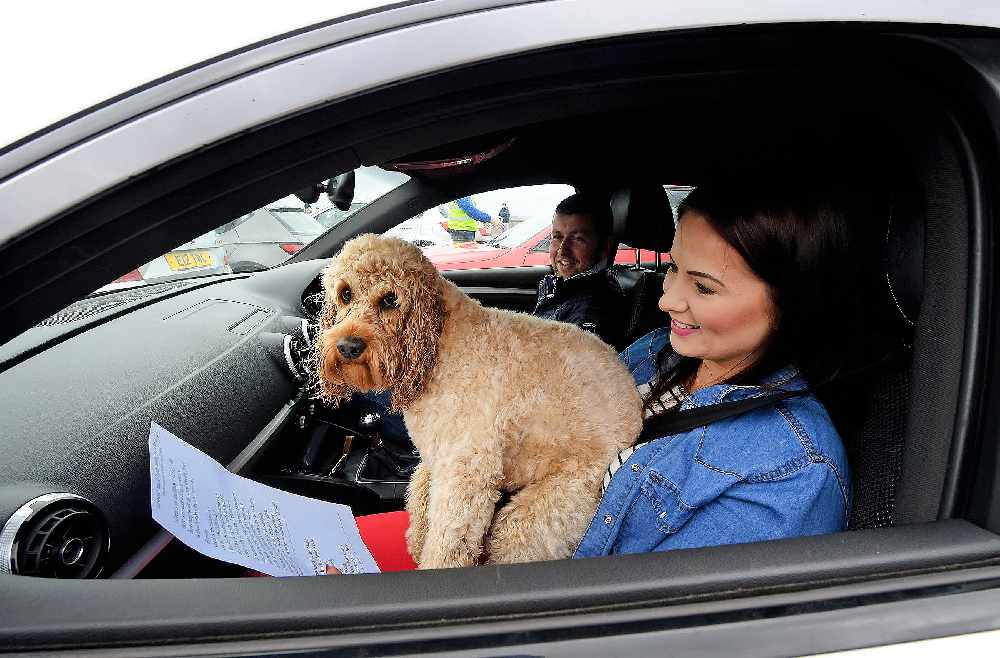