Judge me with an open mind, urges new Sinn Fein Mayor of Belfast 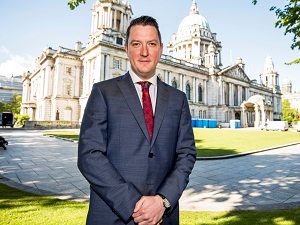 Belfast's new Sinn Fein mayor has urged unionists to judge him with an open mind, as he highlighted his family links to the Orange Order and British military.

John Finucane, son of murdered solicitor Pat Finucane, also expressed hope that his year in office would not be dominated by the narrative around his father's controversial killing.

"I am very proud to be the son of Pat Finucane, but I think for the people who know me, there is a lot more to me than that," he told the Press Association.

Mr Finucane, himself a well-established solicitor in Belfast, said he would not be found wanting in reaching out to the unionist community - insisting he would meet members of the royal family and attend Orange events if invited.

The 39-year-old father-of-four said his party's long-standing boycott of the Remembrance Sunday commemoration would be again reviewed ahead of November.

John Finucane, the son of murdered human rights lawyer Pat Finucane, has been officially elected as the new Lord Mayor of Belfast: pic.twitter.com/TRxk2pSAeX

"I live and have grown up in north Belfast, I have seen both sides of this city.

"I feel very comfortable in my own politics, that it doesn't cause me any discomfort to go into areas, where I have been invited, to go into areas and show that a Sinn Fein mayor is not something to be feared.

"Because first and foremost, especially given my own personal background, I know that we need representation that represents everybody, and we can't be partial.

"I appreciate that is me setting out my stall at the start of the year, but I ask people to certainly treat me with an open mind, because I am coming at this to very much represent everybody in Belfast, and I think there will be opportunities that present themselves and I don't think I will be found wanting." 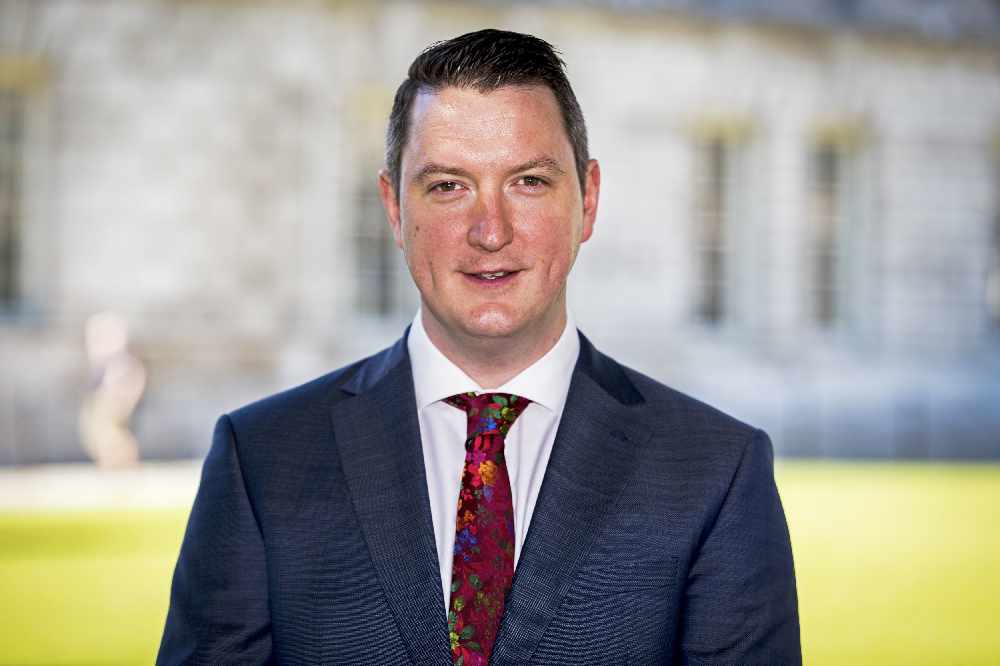 Mr Finucane said he had recently discovered that his grandfather had served in the British Navy during the Second World War, and had survived the sinking of an aircraft carrier that he was on, off the coast of Scotland.

"I am very cognisant of my own family history, of the fact that many people in Ireland fought in both world wars," he said.

"Remembrance as we know it has become controversial because it has extended beyond the second world war.

"But for issues like that I will be dealing with them in a very sensitive, in a very appropriate and professional manner, and I don't seek to offend anybody or discredit, certainly, what people fought for in the two world wars."

He said relations on his mother's side were also Orangemen.

"My office and my hand will always be extended, especially to the Orange Order," he said.

"Certainly I won't be found wanting should a request come in."

Mr Finucane, who is going to take a step back from his legal job for the year, only retaining two high-profile cases, said he understood why he was rarely referenced in public without mention of his father's murder.

Pat Finucane was gunned down in 1989 in front of his wife and three children, in the family home in north Belfast, by loyalist gunmen who were later found to be colluding with rogue security force members.

He was the same age as his son is now.

"I understand the reality that since I was eight years of age, and shortly after that period my family embarked on a very public campaign to expose the circumstances surrounding my father's murder, so I am not naive to think that given the fact that campaign has been ongoing for 30 years, that people would not refer to me as the son of Pat Finucane," said the new mayor.

"So whatever way people want to describe me is a matter for them, I am comfortable with that.

"I don't, and I won't, have my year as mayor dominated by my own past in the way I conduct myself, and it will be for others to write and report on how they feel I am doing in that job."

Mr Finucane has been elevated to the position of mayor only weeks after being elected as a councillor for the first time.

He said he hoped his father was proud of his achievement.

"When I was speaking with my mother about this she was reminding me that he used to attend city council in the 80s as an observer, as a legal observer, and he was horrified as to how council operated, how it ran, how they treated each other, how they treated people in certain parts of Belfast, and here I am, X amount of years later, as the mayor in a very, very different city council.

"I think the progress and significance of that wouldn't be lost on him.

"He may well even have went so far as to say he was proud of the role I was taking.

"But it's certainly an example of how far Belfast has moved on, how committed it is to never going back to the days when places like this council was run in a way that didn't represent a return for everybody."