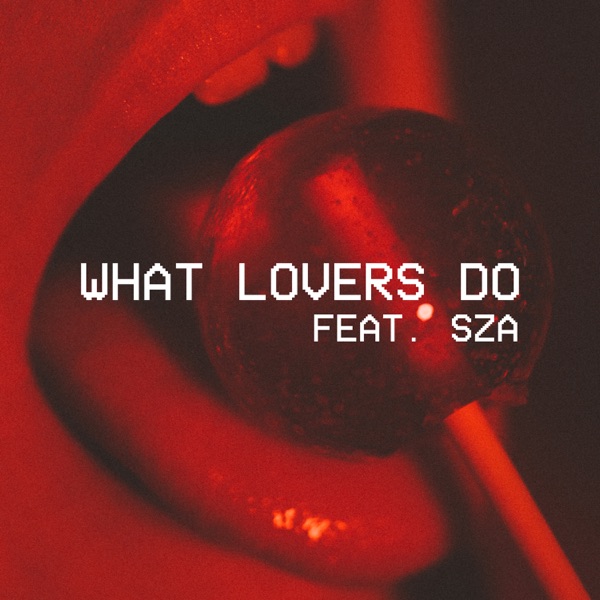 What Lovers Do (Feat Sza) 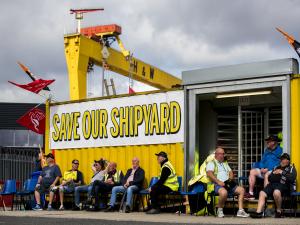 It looks like Harland and Wolff shipyard has been given a new lifeline.

The Government's just announced Babcock International as the preferred bidder to build new frigates for the Royal Navy.

The programme will provide the UK with a fleet of five ships, at an average production cost of £250 million each.

The five ships will be assembled at its Rosyth Dockyard in Scotland and will involve supply chains throughout the UK.

Harland and Wolff supporters said the contract would sustain five to six years of work at Belfast shipyard through steel fabrication work alone.

The historic shipyard - best known for building the Titanic - entered administration in August, with accountancy firm BDO overseeing the process.

Workers have been staging a round the clock occupation of the site in a campaign to save it.

GMB representative Paul Beattie at ⁦@Harland_Wolff1⁩ today after it was announced that the defence company Babcock is the preferred bidder for the supply of a £1.25 billion contract for navy ships. #Royalnavy #belfast #shipyard #harlandandwolff pic.twitter.com/ILud5eQEP2

“This morning’s news that the Babcock-led consortium is to be awarded preferred bidder status for the supply of Type 31e Frigates is welcome. The consortium group includes Thales, BMT and Ferguson Marine as well as Harland and Wolff shipyard. This news very much highlights that the shipyard in Belfast has a future as a viable shipbuilder."

“Just weeks ago politicians including the British Government had written of this yard, saying it had no future. Through their courageous stand the workforce at Harland and Wolff have held open the door for the company to participate in this work  - they have kept this shipyard in the game. The opportunity exists to bring this work to Belfast providing at least five to six years of work in steel fabrication onsite alone."

“We now need to see urgent intervention by government to get our members back to work. There is a clear programme of work for the company into the future – all that is needed is the political will to safeguard a future for this shipyard”, Ms Fitzgerald said.

East Belfast DUP MP Gavin Robinson also welcomed the news, describing it as a "boon" for the workforce.

"With the work on these frigates due to begin by the end of 2019 it should also mean that the benefits can be felt locally within a relatively short time frame and last for five to six years," he said.

"Orders such as this also highlight the wider importance of defence contracts.

"These are particularly important for east Belfast, with 27 companies based in the constituency that are part of the aerospace, defence and security Industry.

"As the administration process within Harland & Wolff continues and does so positively, this announcement will be a huge boon for the workforce who have admirably and steadfastly stood with the yard; knowing the potential that lies ahead.

"This is not the end of the road, however, and I will continue to support Harland & Wolff in any way possible as it seeks to grow its presence in the markets of the future and ensure the long-term success of the yard."

"Naturally I am delighted that this news places H&W back at the centre of UK shipbuilding ... however, a lot will depend on who the administrators choose to sell the shipyard to," he said.

"It may be that a bidder is only interested in the outfitting quay and can dispose of some of the land.

"Nevertheless, should a bidder be really interested in steel fabrication etc, the news is good."

He added: "While the Royal Navy is likely to order five of these vessels, they have been designed to attract export orders from around the world.

"This has not always been the case with previous ships but being able to sell more vessels potentially lowers the unit cost for the Navy."