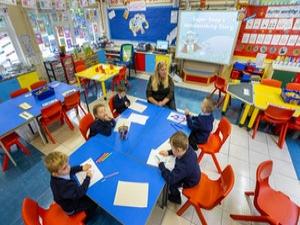 More than 30 children are waiting to be placed at a school or nursery in Northern Ireland, according to Education Authority figures.

South Belfast mother Natalie Ashwood said she was shocked when she was told her three-year-old daughter Jessie had not been allocated a place at the nursery her older child had attended.

She was also unsuccessful with her second choice.

She told the PA news agency: “I can’t get her into any nursery, both of the nurseries in my area turned her down.

“I know of another two in my area that didn’t get accepted either, and Jessie is currently fourth on the waiting list so there are more.

“I tried to go further out of the area because I really want her to have that experience of a nursery, but I can’t get her into anywhere because obviously now they are all full up.

“I put down the two that are close to me as I don’t drive and with where I work I can collect her from. I didn’t apply to any more as I didn’t think I would have to.”

Ms Ashwood said the Education Authority (EA) advised her to call around nurseries herself to see if any have any places left.

“I did that and there were not, the EA were no help at all,” she said.

“I know in the past they have done flexible nursery hours do I don’t understand why they won’t do that this year.”