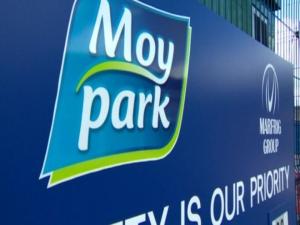 The woman, in her 50s, was a member of the production staff at the company's site in Dungannon in Co Tyrone.

There is no suggestion that the firm was at fault and it said "robust" measures have been put in place to keep workers safe.

Sean McKeever, regional officer for Unite the union, said: "Unite has now confirmed that a worker based in Moy Park Dungannon has died following contracting the Covid-19 virus.

"This is devastating news and we would like to extend our condolences to her friends and family."

Moy Park is one of Northern Ireland's main chicken producers.

It previously said it had identified seven measures aimed at enhancing social distancing, including staff taking staggered breaks and re-spacing communal areas and work stations as well as installing screens on production lines.

Mr McKeever said Stormont ministers should act urgently to bring forward an emergency response to what it said is a rising number of Covid-19 clusters in workplaces in the poultry and meat industries.

He said the woman's death had sadly not come as a huge surprise.

"The Northern Ireland Executive must act now before it is too late.

"We don't want to see a repeat of their inaction that led to the crisis and avoidable deaths in our care homes.

"There are particular challenges in meat processing factories which mean they need a sector-specific strategy.

"We want to avoid the risk of the industry facing the same crisis as in the USA and Brazil, where tens of thousands of workers have caught this virus."