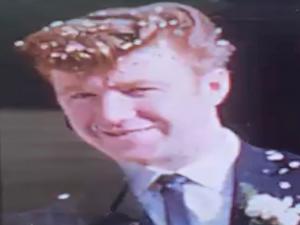 Northern Ireland’s chief constable has been urged to issue a public apology over the deaths of a boy and three men in Belfast in 1969.

Nine-year-old Patrick Rooney, Hugh McCabe, 20, Samuel McLarnon, 27, and Michael Lynch, 28 were fatally wounded by police gunfire during disturbances in the Divis and Ardoyne areas across August 14-15 1969.

Reports were prepared for the Public Prosecution Service following the fresh investigation into the killings, however no former officers will be prosecuted due to a lack of evidence over 50 years after the events.

Police Ombudsman Marie Anderson has published a critical report of police actions linked to the deaths of a young boy and three men in Belfast in 1969. pic.twitter.com/bRxir8C835

Solicitor Padraig O Muirigh, speaking for the McLarnon family, said they welcomed what they termed the “first independent, evidence based, investigation of the circumstances” of his death almost 52 years later.

He said they felt it was “deeply regrettable” that no prosecutions would be pursued, adding if investigated thoroughly at the time, the family “could have expected that the officer would have been charged with the murder of Samuel McLarnon”. 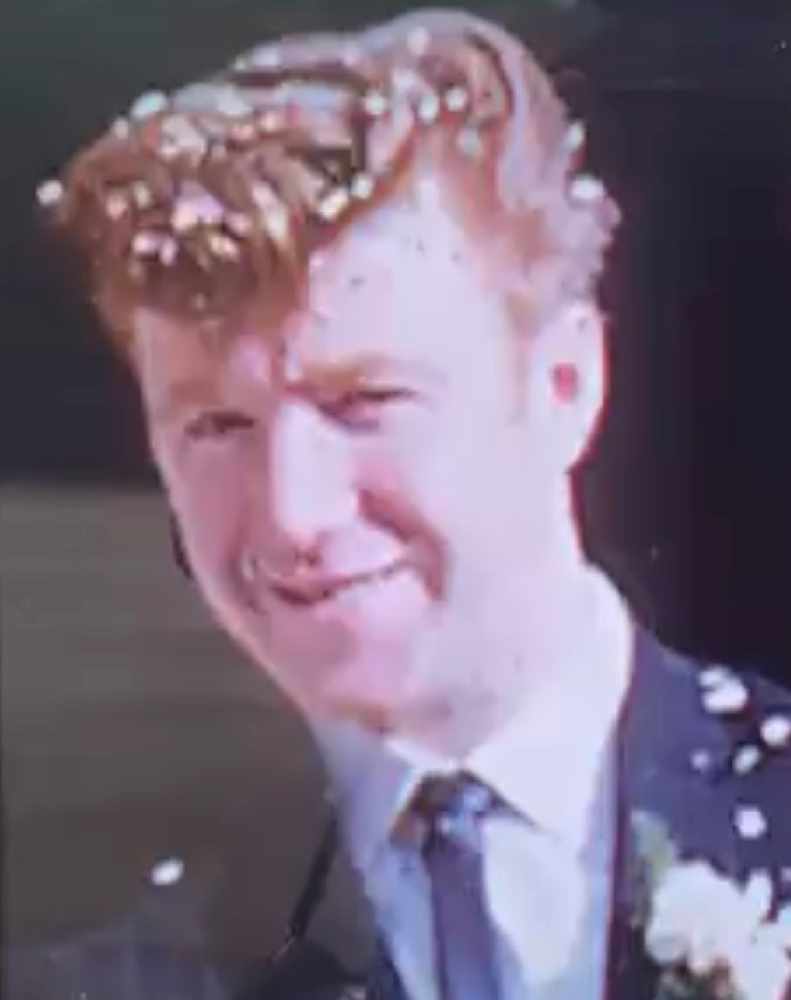 Mr O Muirigh said that neither the RUC, nor the PSNI which replaced it ever apologised for the actions of police on August 15 1969.

“In fact, a representative of the RUC at the Scarman Tribunal did not accept unequivocally that Mr McLarnon was shot by police fire despite the tribunal finding otherwise,” he said.

“It is incumbent now on the Chief Constable to finally issue an apology to the McLarnon family.” 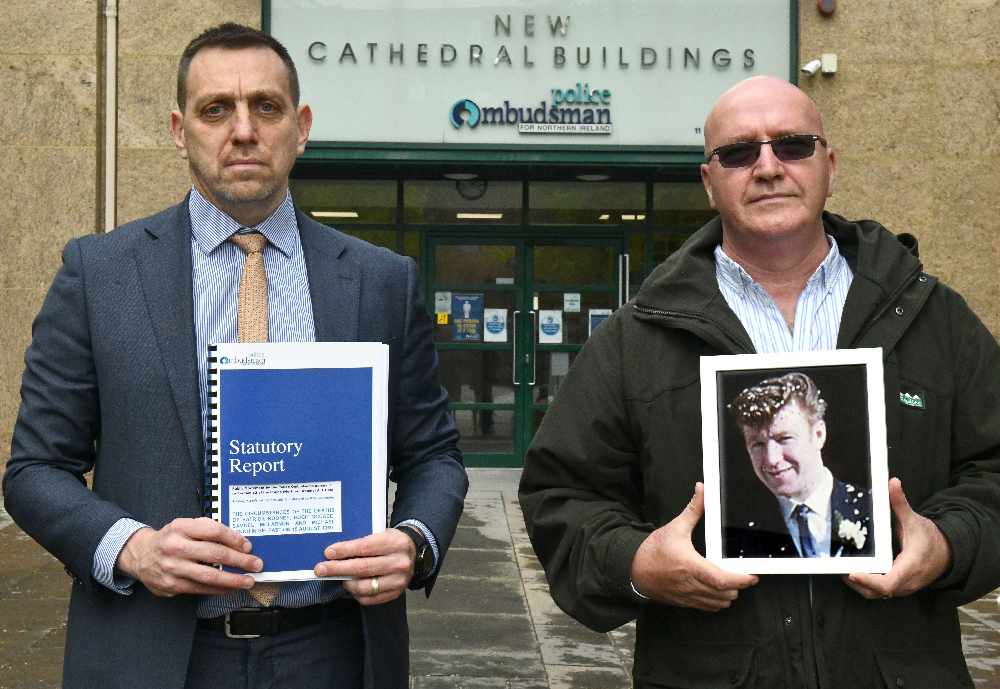 (Lawyer Padraig O Muirigh and a son of Samuel McLarnon, also called Sam outside the Police Ombudsman's office in Belfast)

Lawyer Padraig O Muirigh and a son of Sam McLarnon who was one of four people shot dead by the RUC in Belfast in 1969 say an apology from the PSNI chief constable is needed. The dead included 9 year old schoolboy Patrick Rooney. pic.twitter.com/Q6uoehk8Pz

“Our thoughts today are first and foremost with the families of Patrick Rooney, Hugh McCabe, Samuel McLarnon and Michael Lynch,” he said.

“We respect and acknowledge the hurt and suffering of each of the bereaved families, and we offer our sincerest and heartfelt sympathies to them for the loss they endured.” 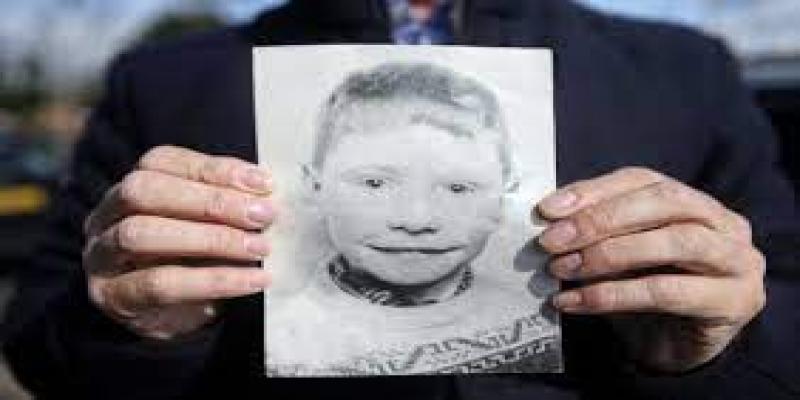 Mr McCabe’s daughter Liz welcomed the findings of the report, but said her family is “extremely disappointed that the Police Ombudsman had failed to say that the killing was unlawful, even if it was unjustified”.

“The Scarman Report described my father’s shooting as ‘justified’,” she said.

“At least the Ombudsman has found there was no evidence that my father should have been targeted by the police.

“He had no weapon and there was no evidence that he had fired one.

“Our family has always known that my father’s death was unjustified and unlawful.

“He was himself a soldier, on leave from his regiment.

“Some of his senior officers attended his funeral, something they would never have done if he had been firing on police.

“This investigation by the Police Ombudsman has correctly quashed the false record in the Scarman report.” 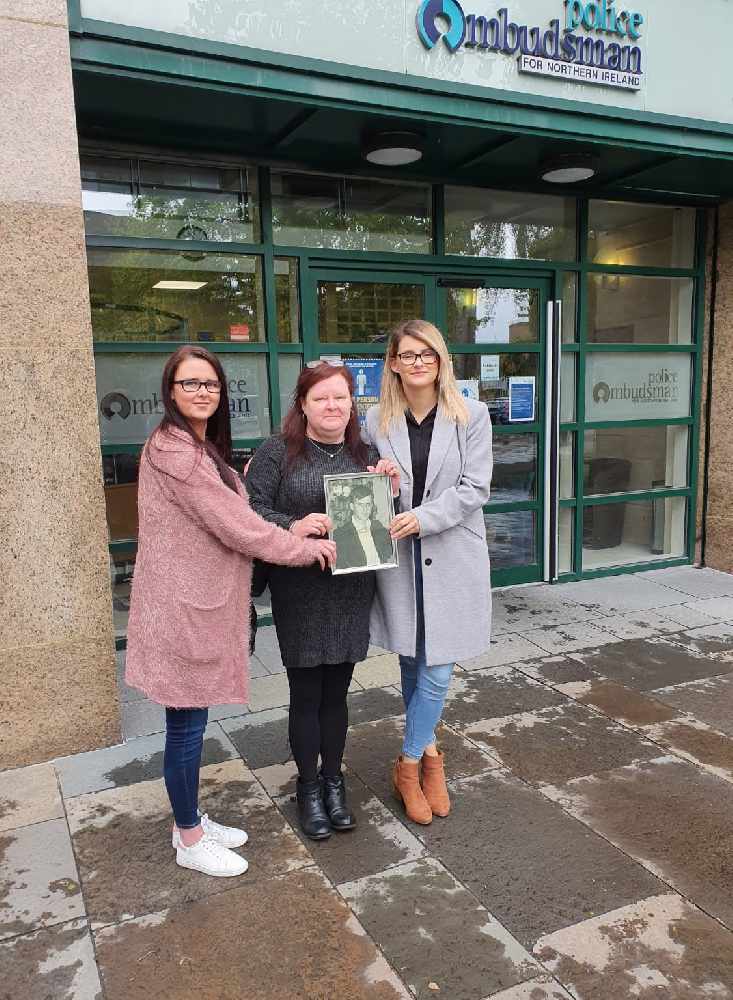 Mr Lynch’s family said he was a “quiet fellow who had never been in any trouble” and had been on his way home from the cinema when he was fatally wounded.

His brother-in-law Brian Matthews was with him when he died, and said it was “completely unjustified”.

“I’d like to thank the Police Ombudsman for investigating Michael’s death,” he said.

“We welcome the strong criticisms she has made and we agree with them.

“She has told us that his death was not justified and shouldn’t have happened.

“The RUC should never have deployed such dangerous weapons and fired so recklessly.”

The Lynch and McCabe families have been supported by Relatives For Justice.

Mike Ritchie from the group said it had been a long engagement with successive Police Ombudsman office holders.

“All families deserve to have proper investigations into their loved ones’ death, particularly where the state has taken life,” he said.

“We would also like to see the Ombudsman given greater resources so that families do not have to wait so long to get the outcome of the investigation.” 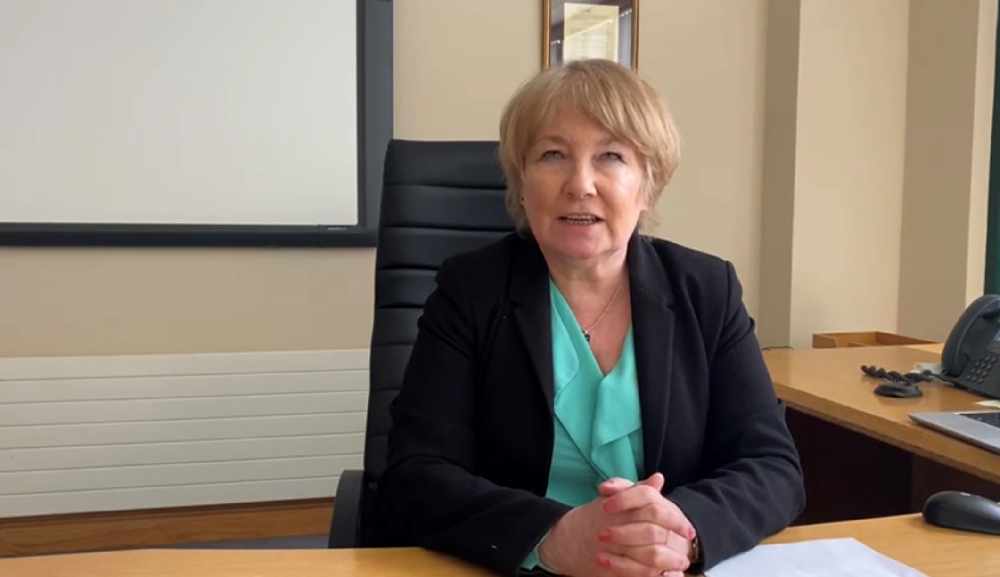 The Irish Government is “deeply alarmed” by reports that the British Government may prevent future prosecutions over Troubles crimes, the country’s deputy leader said.

Leo Varadkar told the Irish parliament that the Government would not support any such decision because victims and families have a right to justice.

Speaking in the Dail he said: “The Government and myself personally were deeply alarmed by reports that we read about the possibility that the British Government may consider providing an amnesty, or putting in place a statute of limitations, in relation to offences that occurred during the Troubles in Northern Ireland.

“It is something that we will not support as a government because we stand with the victims and families who’ve been bereaved and damaged as a consequence of these actions. 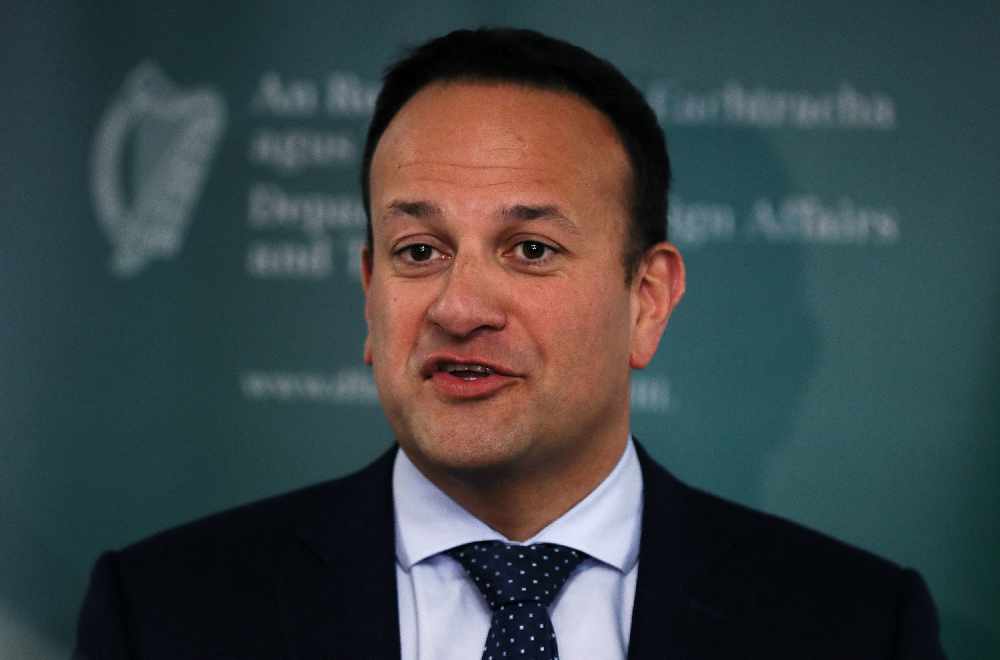 Taoiseach Michael Martin said any move by the British Government to ban Troubles-era prosecutions would be a “breach of trust”.

Mr Martin told reporters: “The Irish Government is very clear. It has an agreement in place with the British Government and with the parties of Northern Ireland and with many victims’ organisations. That is the Stormont House agreement of 2014.

“Any unilateral move from that would be a breach of trust, as far as we are concerned. 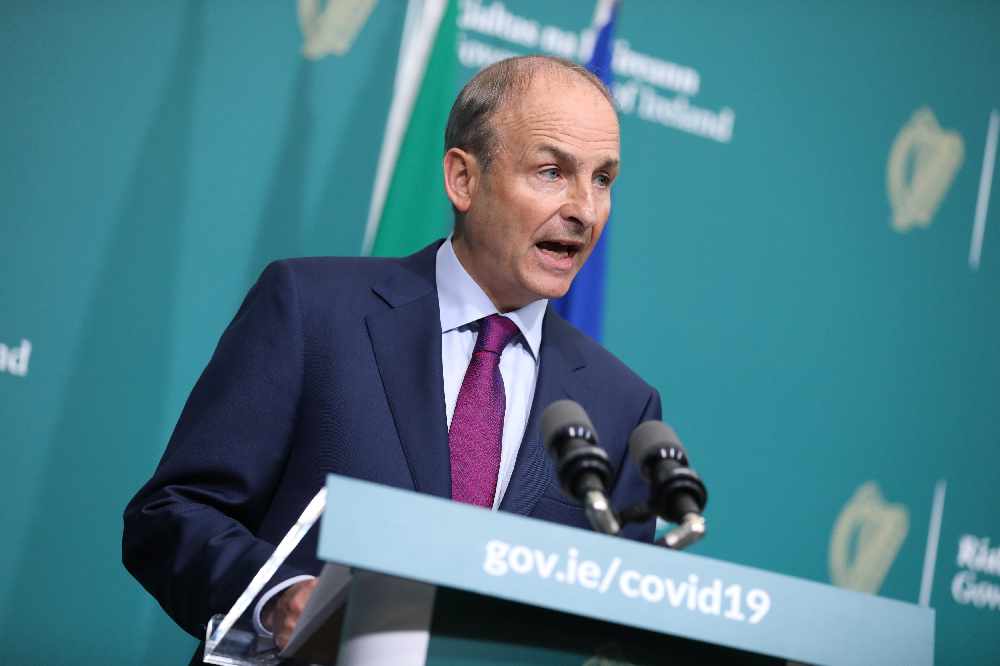