(I Wanna Give You) Devotion 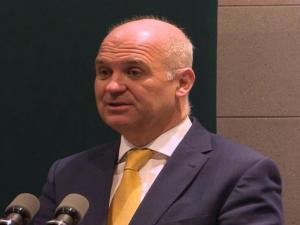 Seven children in Ireland have been investigated for the Kawasaki-like syndrome potentially linked to coronavirus, the chief medical officer (CMO) has said.

Dr Tony Holohan said it would be stretching it to describe them as "suspect cases" of the inflammatory condition, rather instances where medics considered it as a possible diagnosis.

Addressing the daily Covid-19 briefing, Dr Holohan did not rule out the possibility that there had been other children with similar symptoms in the country.

He said doctors across Ireland had been asked to report any such cases going forward following a request from the European Centre for Disease Prevention and Control (ECDC).

He stressed that a link between the condition, which is called paediatric inflammatory multisystem syndrome (PIMS), and Covid-19 had not been confirmed.

The CMO said the ECDC had issued a rapid risk assessment after a number of deaths associated with the condition were reported in New York. He said 230 cases had been identified across Europe so far.

"We have had some preliminary examinations here and there are up to seven children thus far who have been identified, who've been investigated for links in relation to this particular disease," he said.

"(It's) over a period of time and seven situations in which doctors looking after children might have suspected something like this.

"To call them suspect cases, or cases of this, would be stretching things."

Dr Holohan said it was a "very rare" condition, with an incidence rate of around 15 for every 100,000 children.

The CMO said his advice was directed principally at clinicians, not parents.

"This is a rare condition," he said.

"This is about considering when other conditions that might explain these symptoms have been ruled out to consider this possibility.

"We want clinicians to be more suspicious that this could be, in an unusual set of circumstances with a sick child, a possible explanation, and to report that information."

However, she said adolescent girls could develop an associated syndrome called toxic shock.

"We think that this inflammatory illness associated with Covid is probably very rare," she said.