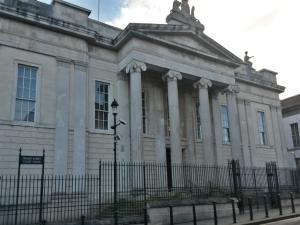 A former soldier charged with the murder of two people in Londonderry will not be in court for the first day of the case.

The ex-paratrooper, known as soldier F, faces a number of charges in connection with a shooting incident in Derry in 1972 - which has become known as Bloody Sunday.

Soldier F is accused of killing James Wray and William McKinney, as well as four counts of attempted murder.

On Thursday, it emerged that the veteran, aged in his late 60s, will not appear at Derry Court House next week for the first hearing.

Instead, he will be represented by his legal team.

The relatives of the Bloody Sunday victims received letters this week informing them of the development.

The Derry Journal newspaper reported that in the letter, families were told the case will not be proceeding as a committal hearing on September 18 and, as such, the accused will not be attending in person.

The hearing is planned to be a brief and concerned with the scheduling of how the case will proceed.

A 12-year inquiry conducted by Lord Saville concluded in 2010 that all of those killed on Bloody Sunday were innocent and posed no threat.