Could It Be Magic 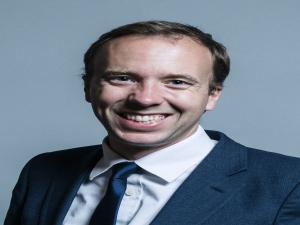 A senior UK Government minister has not disputed reports of a plan for enhanced border posts to deliver on the Brexit deal.

Earlier this week Stormont junior minister Declan Kearney said the Government told NI ministers it will "urgently put in place detailed plans with the executive, which does include physical posts at ports of entry".

"The Prime Minister spoke to the Taoiseach this afternoon, very positive discussion, and we fully intend to meet all the commitments that we made in terms of delivering on the result of the referendum," Mr Hancock said in response to the question from an Irish News reporter.

In terms of the phone call between Boris Johnson and Leo Varadkar, a spokesman for the Prime Minister said they had discussed the response to coronavirus as well as the latest round of UK-EU negotiations.

"The Prime Minister said the UK will continue to work hard to reach an agreement and continues to believe that this is possible," he said.

"The Prime Minister and Taoiseach looked forward to meeting again once the pandemic is over, and to building stronger links between the UK and Ireland."

Northern Ireland is set to continue to follow EU single market rules on agricultural and manufactured goods after Brexit, while the rest of the UK will stop following these rules at the end of 2020.

Giving evidence to the Stormont committee which scrutinises the work of the executive, on Wednesday, Mr Kearney added: "Delivery on that infrastructure needs to start as soon as possible, and the British Government has indicated that it will provide advice on the requirements and the funding to put that in place."

Traditional Unionist Voice leader Jim Allister said no unionist could agree to the "imposition of such posts" at the sea ports of Larne and Belfast in Co Antrim, and Warrenpoint in Co Down.

"Not only would they represent a serious assault on our place within the United Kingdom but it would create a barrier between us and our single biggest market in the rest of the UK," he said.

"Quite apart from the constitutional ramifications it simply doesn't make economic sense."