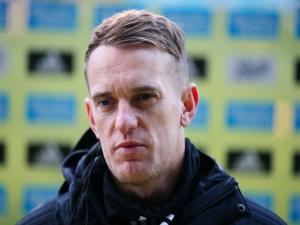 Northern Ireland women have drawn Ukraine in the Euro play-offs.

The tie will be over two legs between April 7th and 13th.

Kenny Shiels' side will travel to Ukraine in the first match before hosting the reverse fixture in their bid to reach a first major tournament.

Ukraine played the Republic in qualifying, losing 3-2 in Ireland but winning their home game 1-0.

Meanwhile, Kenny's son Dean has been named as the new manager of Danske Bank Premiership side Dungannon Swifts.

Shiels moves into the hotseat on a two-and-a-half year deal to replace Kris Lindsay who parted ways with the club last month.

It is a first senior managerial position for the 36-year-old but he brings a rich footballing pedigree to the job. Dean has been acting as assistant to his father in guiding the women's team to the play-offs. Dungannon say the appointment has been made after he received "rave reviews" for his coaching role.

As a player, Dean picked up 14 senior international caps (scoring once against Luxembourg) and had played  for a number of clubs, including Rangers, Kilmarnock, Dunfermline Athletic and Hibs. His career also saw him spend time at Doncaster Rovers, Canadian side FC Edmonton plus Dundalk and Derry City.

Shiels ended his playing days a couple of seasons ago with Coleraine, currently managed by his brother-in-law Oran Kearney.

Caretaker boss Dixie Robinson will be in charge against the Bannsiders this Saturday, with Dean taking over after the fixture.

The Premiership action kicks off on Friday night when Glentoran go to Carrick Rangers.

After losing twice to the Glens, leaders Linfield have another Belfast derby on Saturday - against Cliftonville. 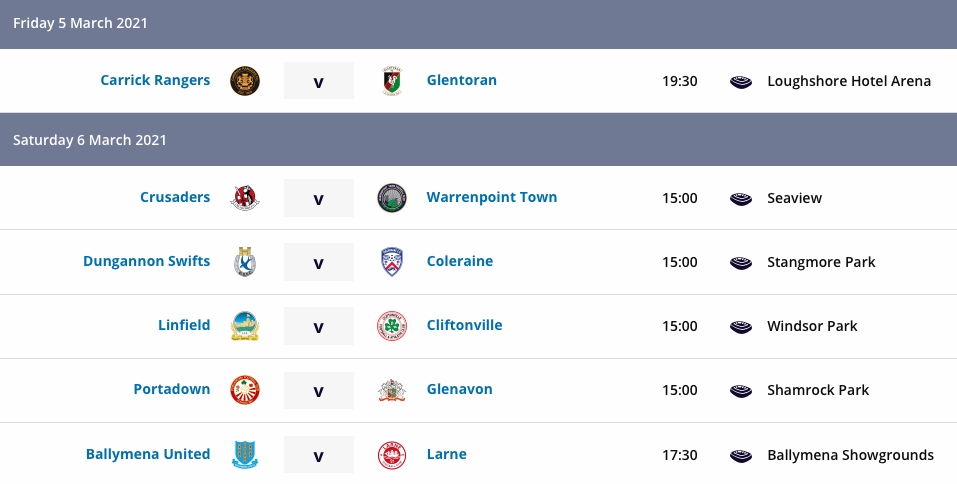 Here's a reminder of the mid-week action:

A huge night in the @DanskeBank_UK Premiership produced victories for @Glentoran, @ColeraineFC, @CrusadersFC & @thepointfc. After that defeat at The Oval, Linfield's lead at the top is cut to just two points. Six more matches coming up at the weekend. #DanskeBankPrem pic.twitter.com/MuEHkcxq7D

The goal of the month has been announced:

There was only going to be one winner of the NIFWA Feb. goal of the month: @jamiemcdonagh64 Jamie-Dean Cantona McDonagh @Glentoran v @cliftonvillefc

Also, contenders for player of the month:

The 3 players in the running for NIFWA @DanskeBank_UK Premiership Player of the Month for February have been revealed: