JLS have revealed that they are gearing up to release an album after signing a new record deal with BMG. 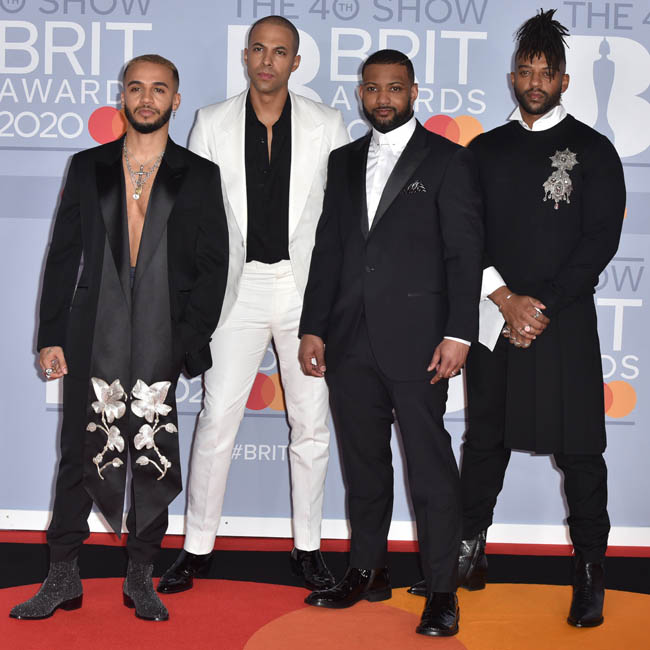 JLS are gearing up to release an album after signing a new record deal.

The boy band - which comprises of Aston Merrygold, Marvin Humes, JB Gill and Oritse Williams - have signed a new record deal with BMG and are looking forward to putting out new music.

Oritse shared: "We've signed to BMG and when that flame was reignited for making new music, nothing could stop it. We're putting together an album and a couple of singles.

"It feels like the time is right. And whatever this next chapter for us brings, JLS chapter two is very exciting. We get to be musicians and experiment in the studio and figure out what our sound is, because we don’t know what the JLS sound is in 2021."

And Marvin has revealed that the group - who planned to go on tour last year before the coronavirus pandemic struck - would love to work with the likes of Ed Sheeran.

He added: "We have got three, possibly four, tracks already down. In our opinion they are very good and when BMG heard those records and offered us a deal, we couldn’t refuse. We have loved being back, and hopefully we’ll work with some amazing people too.

We’re excited to say the Beat Again Tour WILL be going ahead in October/November 2021! Unfortunately, due to government restrictions, we aren’t able to go ahead with the Summer dates but we’re so gassed that we still get to see you this year! pic.twitter.com/RPoyxF8XDY

"People like Ed Sheeran would be fantastic. We would like to reach out to him and see if we can cook something up with him, but already we’re working with great producers and writers, including Wayne Hector, who co-wrote Beat Again and Everybody In Love for us."

And the group have been relying on their family's opinions for their new music.

Speaking to The Sun newspaper's Bizarre column, JB shared: "The kids are the ones we now look for approval from. For me, my little boy Ace and daughter Chiara, they’re both so into music and if I play it to Ace and he’s like, ‘Hmm, yeah, I don’t like this one’, he makes it very well known. But at the same time I played him a couple of things that I haven’t necessarily been sure of myself and then Ace has really reacted to it ... It’s actually a really good barometer because our families have always been close and have got our best interests at heart."