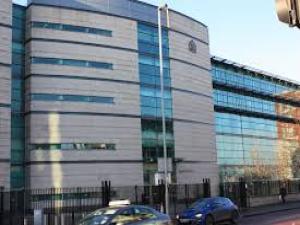 A 39-year old man accused by police of being "a member of an OGC involved in trafficking females for sexual exploitation" was refused bail after appearing in court today.

Iliuta Costa Andrescu was arrested in Scotland last week on  behalf of the PSNI, transported to Northern Ireland and appeared in Belfast Magistrate's Court today.

He faces four charges including human trafficking and controlling prostitution for gain, and was refused bail by District Judge George Connor.

The father-of-two, who is originally from Romania and who has an address at Onslow Drive in Glasgow, appeared at the remote hearing via a videolink whilst in custody.

A detective constable from Larne CID told the court he believed he could connect Andrescu to the four charges he faced. These include trafficking a human for exploitation on October 4, 2017 and keeping or managing a brothel between October 5, 2017 and June 20, 2018.

When defence barrister Joel Lindsay applied for bail on Andrescu's behalf, the detective constable told Mr Connor that police were objecting to this.

The officer was then asked by the District Judge to outline the background to the alleged offences.

He told the court that in July 2017 two young females arrived at Belfast International Airport with nothing but lingerie in their suitcases, and were taken to a house at Glenbrook Avenue in Belfast.

The officer said police were alerted to the incident and a proactive investigation was launched by the PSNI's Human Trafficking Unit.

When police attended the address, Andrescu resided there and had financial links to the property.

The detective constable said that on October 4, 2017 Andrescu's Mercedes was stopped travelling from Dublin Airport to Belfast, and a female passenger told police she was on holiday in Belfast and was visiting coffee shops.

It's the police case that later that night, the same woman advertised her services as a prostitute. The detective constable said a second account was used to advertise another female at Damascus Street, and when officers called at that address, a man with links to Andrescu was present.

When his address was later searched, this man was not present but a woman working as a prostitute was. Police seized her phone and computer, and messages were recovered which the police say show Andrescu was "clearly controlling" her for prostitution.

The detective constable also told the court images on the computer can be linked to Andrescu's email address, which he provided to police in Scotland.

The officer said that when Andrescu's financial records were checked "a lot of money was being sent from people we know were acting as prostitutes, to the defendant."

This money, the policeman said, was then being sent to Romania via Moneygrams or bank transfers using Andrescu's personal account.

Turning to Andrescu's arrest, the officer said his details were circulated for arrest, and that an arrest was made in Scotland last Thursday.

Andrescu was interviewed on Saturday (11th), gave a no comment interview and was charged with four offences.

When asked why police were opposing bail, the detective constable raised concerns of further offending, and said: "He is a member of an OCG (organised crime gang) that's involved in trafficking females for sexual exploitation."

The officer also said if released, Andrescu was likely to flee the jurisdiction.

Defence barrister Joel Lindsay urged Mr Connor to release his client on bail and said that if released back to Glasgow, Andrescu would be easy to monitor as this is where he works and lives with his family.

He also revealed that Andrescu's arrest came about after his client attended a police station on a matter linked to a road accident.

Saying there was "absolutely no chance" of Andrescu's case coming to trial soon, Mr Lindsay said that if bail wasn't granted his client will "rot in jail for at least year a while his family suffers in Glasgow."

Addressing the charges against his client, Mr Lindsay said similar cases are "notoriously difficult to prosecute", and it was a "big jump" for police to assume Andrescu knew the women he lived with were advertising their services as prostitutes.

Mr Lindsay also pointed out that one of the women in question was arrested in 2018 and that no charges were brought against her.

Mr Connor: "I have listened carefully ... and I consider there is too high a risk of further offending and a risk of flight in this case."

Bail was refused, Andrescu was remanded into custody and the case will be listed again on August 10.