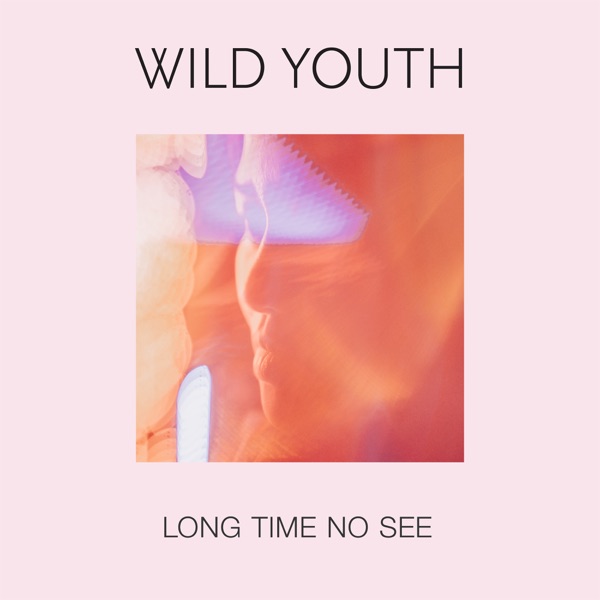 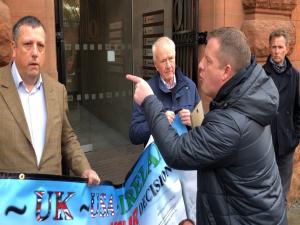 The brother of a paramilitary murder victim has disrupted a loyalist protest against Brexit’s Northern Ireland Protocol.

Mr McCord’s brother Raymond was beaten to death by a Ulster Volunteer Force gang in north Belfast in 1997.

Holding a picture of his brother, he confronted LCC chairman David Campbell only moments after he and former Ulster Unionist MLA and Ukip NI leader David McNarry unfurled an anti-Protocol banner outside the Irish Secretariat offices.

Victims campaigner Gareth McCord interrupts LCC protest outside Irish Secretariat in Belfast with a warning ahead of ‘peaceful’ demonstrations and illegal band parades expected to take place this evening. pic.twitter.com/IqAIKBNAQc

Mr McCord mocked the size of the protest and claimed it demonstrated that the LCC had no support within loyalist communities.

“Nobody wants you, clear off,” he said.

A police officer intervened during the exchanges and urged people to respect Covid-19 regulations and guidance.

The demonstration took place as loyalists vowed to resume protest action against post-Brexit trading arrangements that have created new barriers and bureaucracy on trade between Northern Ireland and the rest of the UK.

Loyalists claim the Northern Ireland Protocol has undermined the region’s place within the Union.

🎥 Gareth McCord, whose brother Raymond was murdered by the UVF, has disrupted a small loyalist protest in Belfast against the Irish Sea border.

He told David Campbell, a representative of the Loyalist Communities Council they had no support in society. pic.twitter.com/3cdX7cfxks

They had temporarily paused protests following the death of the Duke of Edinburgh.

On Sunday evening, banners similar to one displayed by Mr Campbell and Mr McNarry were erected in several loyalist areas in Northern Ireland.

The banners accuse the UK and Irish government, the European Commission and the US administration of not listening to loyalist concerns, and warn that politicians face a choice between the Good Friday peace accord of 1998 and the Protocol.

Earlier this month, rioting broke out in a number of working class loyalist areas across Northern Ireland.

Mr Campbell said all protests should be peaceful.

“There are other individuals making similar peaceful symbolic protests today throughout Northern Ireland, in London and in Dublin itself and we hope that conveys a message to anyone who is seeking violent protest to stay at home – you’re not assisting our cause,” he said.

🎥 Gareth McCord, brother of Raymond McCord who was murdered by the UVF in 1997, warned against protests planned across NI against the NI protocol.

He said disorder can escalate quickly even at peaceful protests, resulting in death or injury. pic.twitter.com/9kxv8vCbdU

Mr McNarry insisted the size of the protest at the Irish Secretariat reflected the public health situation.

“Had this been normal times David and I would have been two of a hundred thousand people on the street today and on the streets on many nights, peacefully protesting and asking for our rights to be acknowledged,” he said.

Loyalist anger at the Protocol has been cited as one of the main factors behind the violence that erupted earlier this month.

Another was the decision not to prosecute 24 Sinn Fein members for Covid-19 breaches after they attended a mass republican funeral during the pandemic.

There are also more long-standing concerns held by some loyalists that they have missed out on the gains of the peace process in areas such as jobs, investment and housing.

Nationalists reject the contentions and insist their communities experience just as many problems with poverty.