NI 'twenty years behind' when it comes to HIV attitudes, warns charity 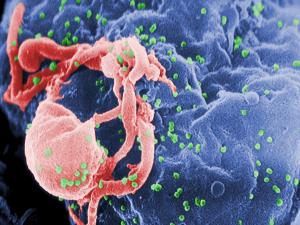 The head of a leading HIV charity has warned Northern Ireland is 20 years behind, when it comes to attitudes surrounding HIV.

The charity is calling on politicians to come up with a strategy to help tackle the stigma associated with the virus.

Thirty (42%) new HIV diagnoses were made at a late stage.

“There is a significant proportion of those living with HIV in Northern Ireland who face intolerable levels of stigma for what is now a lifelong manageable condition.”

“We are only too aware of the prejudice, negative attitudes and abuse experienced by those we support on daily basis. Unfortunately, these severe levels of discrimination are widespread with many feeling marginalised.”

“Whilst the brave decision by the likes of Welsh Rugby International Gareth Thomas to share his HIV status dominated the headlines for a while, and a significant amount of empathy towards him was visible, it does not address the continued problem of the underlying stigma that is felt. People with HIV feel that they have to hide their status and hide from society here in Northern Ireland.”

“We really do need to start to address relationship and sex education in schools in a proper way to create knowledge and understanding, way beyond the standard biological teachings and pregnancy, but about Sexually Transmitted Infections and HIV in particular.”

“Until we challenge this head on, the stigma and shame of contracting HIV will remain and many living with the condition will feel like outcasts in our own society.”