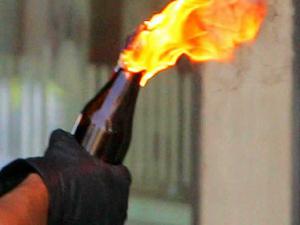 Police have come under attack with petrol bombs and missiles after yesterday's Apprentice Boys parade in Derry/Londonderry.

Officers were responding to reports that two petrols bombs had been thrown over the city walls close to the Memorial Hall.

Up to twenty petrol bombs were then thrown at the PSNI by youths in the Fawn Street area.

A number of pallets were also placed on the street and set on fire.

No injuries were reported and calm was restored shortly after 1am.

Police are now trying to identify those responsible.