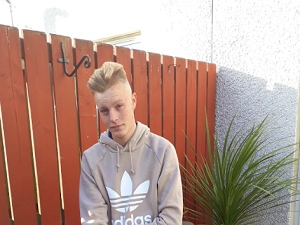 The man who died in a motorcyle crash in Cookstown on Friday has been named as 22 year old Ross Willetts.

The crash happened on the Drumenny Road in the early hours of the morning.

No other vehicles were involved.

"Police can confirm the name of the man who died following a single-vehicle road traffic collision on the Drumenny Road, Cookstown during the early hours of Friday 12th July as 22 year old Ross Willetts. "

"Police would continue to appeal to anyone who witnessed this incident or has dash-cam footage that could help police with their enquiries to contact police at Cookstown on the non-emergency number 101, quoting reference 409 12/07/19."