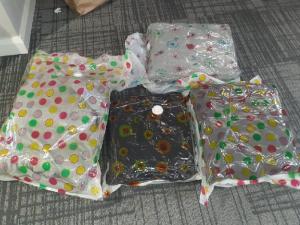 A 53-year-old Vietnamese man has been charged in connection to the interception of a Banbridge parcel containing £260k worth of cannabis.

Fuquing Wang, of no fixed abode, appeared before Banbridge magistrates court sitting in Newry also charged with illegal entry into the UK on December 11.

A PSNI constable said she could connect the accused to the charges.

The major drugs haul was found in a parcel in the postal system destained for an Co Down address.

A property in Banbridge was then searched on Wednesday.

Defence made no application for bail due to the claim of his client that he had been trafficked into a cannabis gang.

The court heard that the accused had “accepted the facts” in the case and that he had been at the address where the parcel was to be posted to.

“I will be making an application under new legislation, considering the trafficking claim, for the case to be fast tracked,” said defence.

District judge Bonita Boyd adjourned the case to January 9, for a full file to be prepared with the accused remanded into custody.