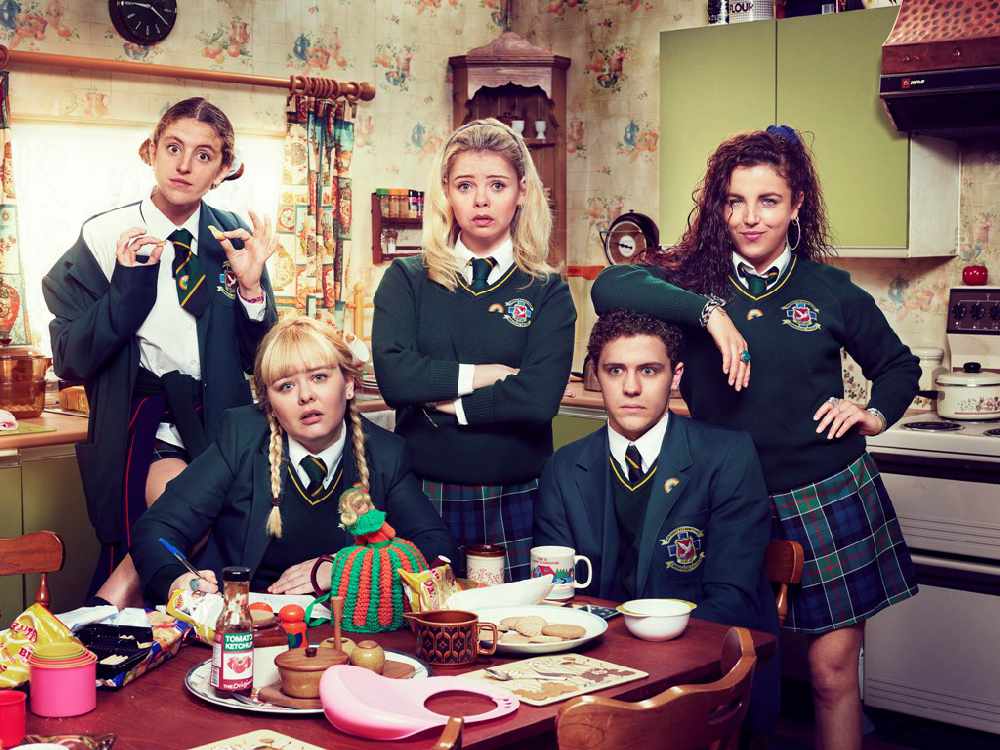 Derry Girls has been nominated in the Best Scripted Comedy category. Produced by Hat Trick Productions for Channel 4 Derry Girls is the creation of acclaimed Northern Ireland writer Lisa McGee who has mined her own experiences to create a candid, one-of-a-kind, family-centred comedy set against the backdrop of The Troubles.

Mrs Wilson received nominations in the Mini-Series, Leading Actress (Ruth Wilson), Supporting Actress (Keeley Hawes) and Hair and Make-up categories. The original BBC One series co-produced with Masterpiece stars Ruth Wilson and is based on the life of her own grandmother. Set in 1963, and Alison Wilson returns home to find husband Alexander dead. Blinded by grief, Alison is bewildered when a woman unexpectedly arrives at the door, claiming to be Alec’s ‘real wife’ Gladys.

Richard Williams, Chief Executive of Northern Ireland Screen, said; “It comes as no surprise that Derry Girls is among the list of BAFTA nominees having already picked up gongs this year at the Broadcast Awards and RTS Awards. We send huge congratulations to all the team at Hat Trick, Channel 4 and of course the incredibly talented Lisa McGee.”

“Congratulations also go to the team behind Mrs Wilson on its four BAFTA nominations, we were delighted that Masterpiece chose Northern Ireland as the backdrop for this fascinating story.”

“Five BAFTA nominations is also testament to our extremely talented and hardworking local crew who continually help reinforce that Northern Ireland is a world class location for film and television production.”

Other local nominations include Patrick Kielty’s My Dad, The Peace Deal and Me in the Single Documentary Category and David Holmes received a nomination in the Best Original Music category for his work on Killing Eve.

The BAFTA awards reward the very best in television craft and television programmes broadcast in the UK in 2018.