BLACKPINK have released their hotly-anticipated debut album, 'The Album', which features their "dream" collaborations with Cardi B and Selena Gomez. 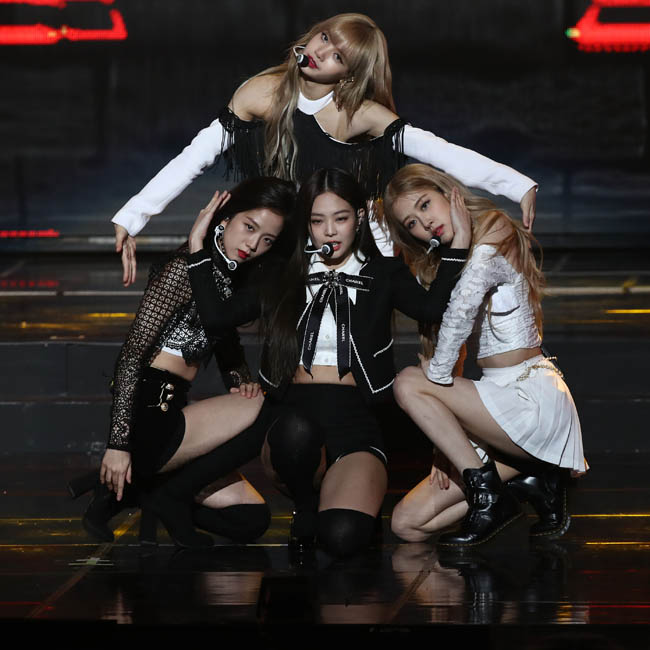 BLACKPINK have released their debut album, 'The Album'.

The K-pop girl group - which comprises of Jennie, Jisoo, Lisa, and Rosé - have dropped the hotly-anticipated record which features their new collaboration with Cardi B, 'Bet You Wanna'.

The 'Sour Candy' hitmakers have explained that their aim with their first studio effort was to channel a "wide variety" of influences.

Jennie gushed: "[Cardi B] is our first rap feature.

"We are so excited to share this music with you guys."

The LP has both some "very vulnerable" and "fun" songs.

Rosé said: "It's been a while and we feel like it's about the right time for us to be coming out with [an album]. It contains a wide variety of music that we've tried to explore.

"We hope that our fans can see that and we have some very vulnerable songs and fun songs and some of our dream collaborations."

Despite being global megastars, BLACKPINK have not been "overwhelmed by fame" and keep one another "grounded".

Rosé added to CNN: "We keep each other grounded.

"We are all workaholics in our deep self and we love to work. I don't think we get overwhelmed by the fame, at least not yet. We try to not let it go to our heads. We try to talk to each other, we don't keep it to ourselves which helps a lot ... we just look around and we have somebody just like me, thinking about the same stuff, telling me what I was thinking in my head."