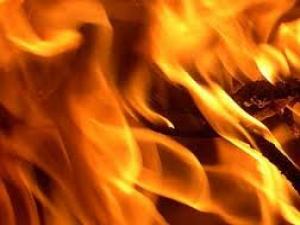 Soldiers are living in barracks which are not fit for animals, a Tory MP has claimed after a leaked report revealed concerns about fire safety.

Defence Safety Authority inspectors found that cash cuts had led to an "unacceptable degradation" of barracks, the document obtained by the Sun said.

The Ministry of Defence (MoD) said all its buildings met fire regulations and £4 billion was being invested on modernising sites across the country.

But Tory MP Johnny Mercer, a former Army officer and a member of the Commons Defence Committee, told the newspaper: "Animals would not be housed in such dangerous conditions.

"It is disgraceful how ministers talk up our armed forces at every opportunity, and yet, away from the spotlight, ask our most loyal public servants to endure totally unacceptable and lethal living environments."

The findings in the report on single living accommodation, used by unmarried soldiers, highlighted "faulty equipment" and "broken or unserviceable infrastructure".

Although the review has not been released, its findings are referred to in the DSA's annual report, published without fanfare in October 2018, which revealed 373 fires reported across the three services in 2017-18.

It noted "the apparent disinvestment or lack of priority afforded to fire safety across our infrastructure is being mirrored in the ambivalence of the very people it is there to protect".

The likelihood of a fire resulting in "significant loss of life, loss of capability and damage to Defence's reputation will remain high" unless those "major weaknesses" are addressed.

A Ministry of Defence spokesman said: "All occupied buildings owned by the MoD meet national building and fire regulations and we regularly inspect our sites to ensure they meet safety standards.

"We are making improvements to fire safety across our sites, including bolstering our resources for fire assurance."