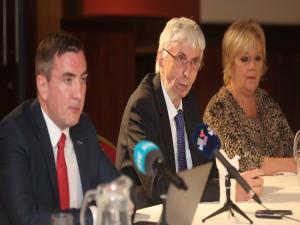 An independent cross-border investigation will be carried out into the murder of a man shot dead in Co Louth in 1976.

Seamus Ludlow, 47, a forestry worker, was killed on his way home from a pub in Dundalk, Co Louth.

Mr Ludlow’s family have led a campaign spanning decades to find the truth of the events surrounding his murder.

His family has long maintained Mr Ludlow was an innocent victim of a loyalist death squad comprising Red Hand Commando operatives and two members of the Ulster Defence Regiment (UDR) who travelled from Northern Ireland into the Republic of Ireland to commit the murder.

Family solicitor Gavin Booth said the investigation will be led by Jon Boutcher, a former police chief in England.

Speaking at the Lisdoo Arms, where Mr Ludlow was last seen alive, Mr Booth also revealed that a witness has come forward with “significant information” in the last two weeks.

He added: “Seamus was a quiet man.

“He was a family man and occasionally visited pubs in Dundalk and was known for his charitable work here.

“He was not political and was not interested in the conflict in the North and worked full time and was a devoted family man.”

Joined by members of Mr Ludlow’s family, Mr Booth said the investigation will include cooperation of both the Police Service of Northern Ireland and An Garda Siochana. 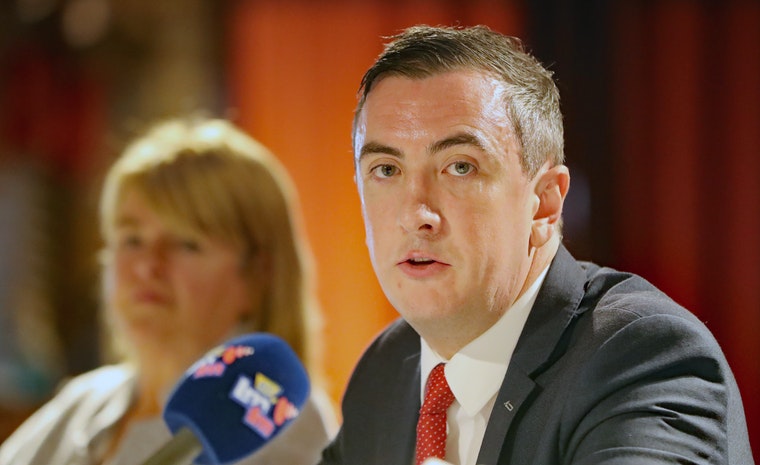 “This investigation will be headed by Jon Boutcher who will look at the actions of all those who played a part in the role of the murder of Seamus Ludlow,” he added.

“This includes the gardai, the British Army, the SAS, the RUC and any unknown others, including those suspects that were let go.”

The Royal Ulster Constabulary (RUC) told the gardai in 1979 the names of four loyalists it suspected of being involved in Mr Ludlow’s killing but the information was not pursued at the time.

This included members of the Red Hand Commando and the British Army’s UDR.

In 1998, four named suspects were arrested and questioned by the RUC and two of the men allegedly made confessions about their involvement in the murder.

The family also believe gardai were complicit in spreading false rumours that Mr Ludlow was killed for being an IRA informant, and that documents about the case, two bullets and items of the victim’s clothing have been lost by state agencies.

An Oireachtas committee in Dublin recommended more than 10 years ago that two commissions of investigation be held into the murder and subsequent events, after an official judge-led report damned the original botched garda probe.

Neither of the recommendations have been implemented by the Government.

Mr Booth said it is a police investigation and where evidence becomes available, arrests can be made.

“He (Mr Boutcher) should also have the ability, where evidence exists, to chase that down and prepare files for either prosecution services North and South,” Mr Booth added.

He also said the new evidence that has emerged in recent weeks is with Mr Boutcher’s team.

“It’s quite large in volume and it’s an independent witness that has come forward and we’re hoping that that will form part of the investigation and play a major part in uncovering what happened,” Mr Booth added.

Michael Donegan, Mr Ludlow’s nephew, said the new evidence could be an “earthquake”.

“We are very pleased that after 45 years we finally have a police team that wants to find the answers that we have been looking for,” Mr Donegan added.

“We have been let down time and time again by the gardai in the past and also by the RUC.

“Both forces had information which they sat on.

“The story that is in the public domain is not the true story, there is a different one we want to find and allow us to find closure.

“This is not to put people in jail, I have no sympathy for the killers but they are old men and putting them in jail for two years is not going to bring Seamus back.”