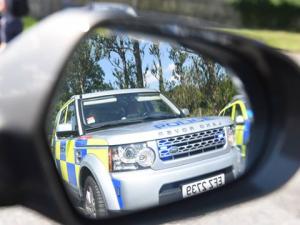 A drink-driver was arrested after their car automatically alerted police that it had been involved in a crash.

The Ford Fiesta contacted the authorities following the incident in Aghalee, Co Antrim, on Saturday night.

A Police Service of Northern Ireland Craigavon post on Facebook said: "Some cars these days are pretty clever. Did you know that some can even phone police automatically to let us know you've crashed?! That's a really good safety feature.

"It is however a really bad feature to have if you're a drink driver.

"That's right, you're picking this up correctly - a CAR phoned us to let us know about a crash last night (Saturday) when it turned out the driver was drunk."

The statement said the driver was one of several to be caught for getting behind the wheel while drunk over the weekend.

It added: "You think you're having a rough weekend? At least your car hasn't touted on you!"

Steve Gooding, director of motoring research charity the RAC Foundation, said: "Several car companies already offer emergency call options in the case of a collision, using either a phone built into the vehicle or by linking automatically through a driver's mobile.

"But from April 2018 all new cars in Europe will have to be equipped with co-called eCall technology which, in the event of an accident, will contact rescue services, giving details of things including the location and time of the crash, and the direction of travel, which is important for incidents on motorways."