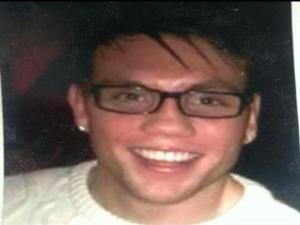 A Turkish barber has been sentenced to a minimum of 14 years behind bars for the murder of Eamonn Magee Jnr.

Orhan Koca was handed the jail term at Belfast Magistrates Court this morning.

The 34 year old stabbed the up and coming boxing star to death outside a house in Summerhill Park, Twinbrook in May 2015.

The 22 year old victim was the son of boxing champion Eamonn Snr and had hoped to follow in his father's footsteps.

The 34 year old accused pleaded guilty to the murder just at the start of his trial for the killing.

The family of Mr Magee who was a university engineering student wore 'Justice for Eamonn' tee-shirts as they stood in the public gallery today.

As Mr Koca was being taken out of the dock, a person in the gallery shouted "murdering scum".

That outburst was quickly silenced by another person.

Today the judge praised the victim's family for acting with complete decorum throughout the trial.