We Want The Same Thing

Man due in court over murder of elderly couple in Portadown 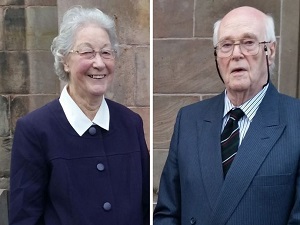 A man has been charged with the murder of a couple in their own home.

Michael and Marjorie Cawdery, both 83, were found dead in their house in Portadown, Northern Ireland, on Friday.

It is understood they were stabbed.

As well as two counts of murder, the accused has also been charged with aggravated burglary and aggravated vehicle-taking.

He is due to appear at Lisburn Magistrates' Court on today.