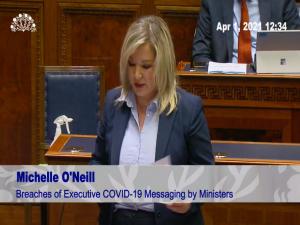 Stormont’s deputy First Minister has offered a “heartfelt and unreserved apology” to families bereaved in the pandemic for her actions in relation to her attendance at a large republican funeral.

As the Northern Ireland Assembly was recalled from Easter recess to debate a motion of censure against her, Michelle O’Neill told MLAs she was “truly sorry” for the hurt caused to those who had lost loved ones.

A majority of MLAs passed the SDLP motion in an oral vote.

The outcome of the Stormont Assembly debate is non-binding and will have no practical consequences for Sinn Fein ministers.

Meanwhile, the Sinn Fein vice president has apologised to bereaved families on a number of occasions in the months since her attendance at the controversial funeral of former IRA leader Bobby Storey, and has also expressed regret for damage caused to Stormont’s public health messaging.

However, her critics have claimed those apologies have fallen short and have not included an admission that she was wrong to attend the west Belfast funeral when strict limitations on public gatherings were in place.

In her contribution during the opening stages of Thursday’s debate, Ms O’Neill did not say her attendance was wrong.

The deputy First Minister told MLAs it had never been her intention to upset grieving families.

“I wish to again say today, and to put on the public record, that I am truly sorry for the hurt that has been caused to so many families who have lost a loved one,” she said.

“I am truly sorry that my actions have contributed to the grief or the heartache that has been felt and experienced by many people who’ve lost a loved one during this pandemic.

“That was never, ever, my intention and for that I offer my heartfelt and unreserved apology to those families that have lost a loved one.” 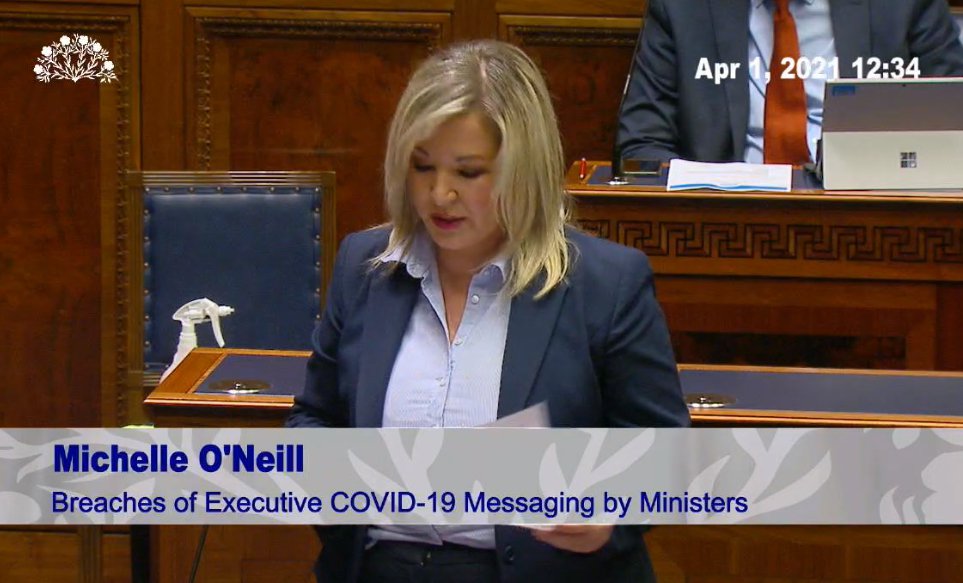 MLAs returned from recess on Thursday to debate an SDLP motion criticising the actions of Ms O’Neill and Finance Minister Conor Murphy.

While a majority of MLAs are likely to back the censure motion, its outcome will be non-binding and will have no practical consequences for the Sinn Fein ministers.

They were among 24 Sinn Fein elected representatives who were informed on Tuesday that they would not face action for attending the funeral.

The funeral saw about 2,000 mourners line the streets at a time when strict Covid-19 regulations were in place, prompting claims that Sinn Fein had flouted rules it was involved in creating.

The Public Prosecution Service (PPS) decision not to take action has been heavily criticised by Sinn Fein’s political rivals.

Opening the debate, SDLP Infrastructure Minister Nichola Mallon said it was time for the party to make an unequivocal apology.

“The arrogance of Sinn Fein and the refusal to acknowledge, explain and give a full apology brings us here today,” she said.

“I ask the leadership of Sinn Fein – let this be the day that without qualification or equivocation you do offer the people of the north a full explanation.” 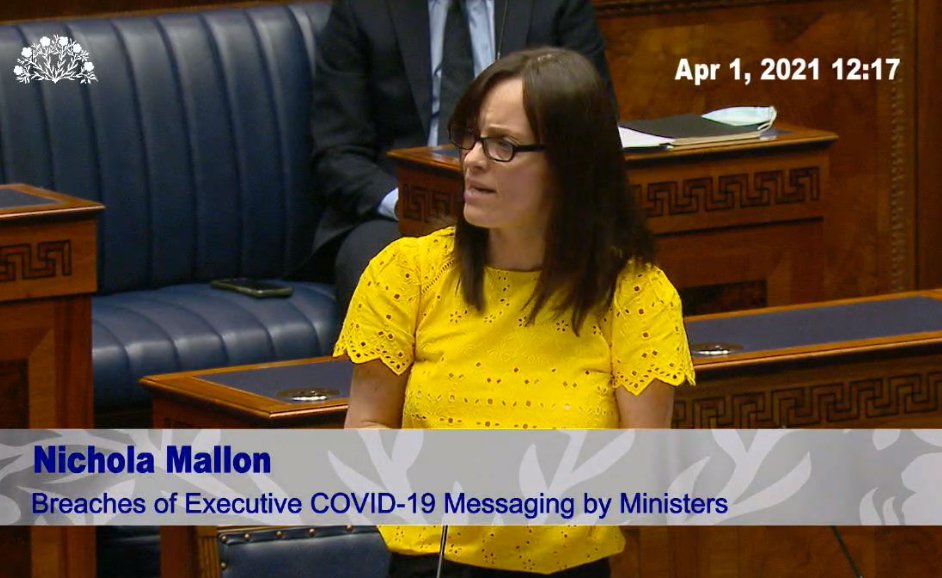 Infrastructure MInister Nichola Mallon opened the debate in the assembly

First Minister Arlene Foster has demanded the resignation of PSNI Chief Constable Simon Byrne after the PPS pointed to police engagement with the funeral planners as one reason why any prosecution would be likely to fail.

The DUP leader has also heavily criticised the director of public prosecutions, Stephen Herron, after he cited the repeatedly changing and inconsistent nature of Stormont’s coronavirus regulations as another reason a prosecution would not succeed.

Addressing the Assembly on Thursday, Mrs Foster said: “Sinn Fein calls for equality, respect and integrity but actually demonstrates the opposite.” 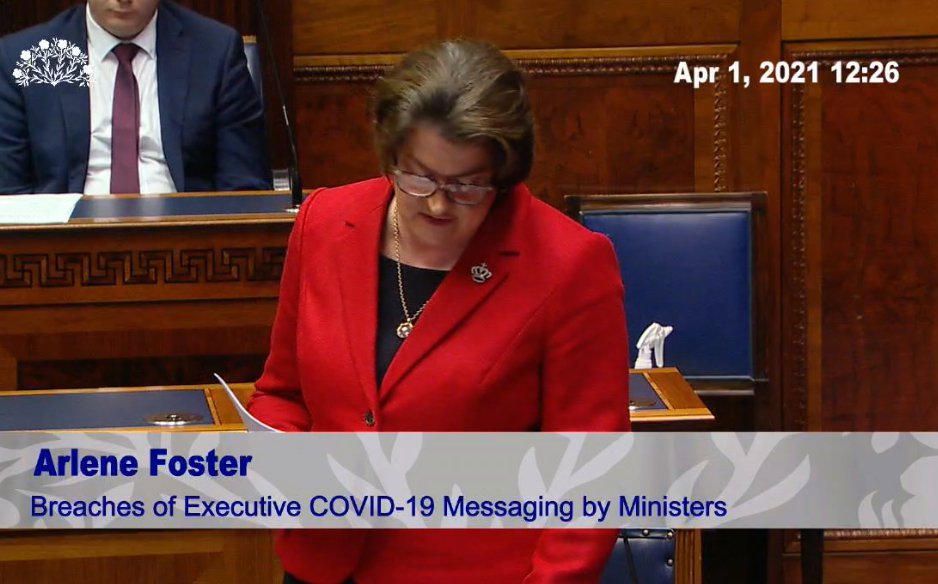 Mr Byrne, who has insisted he will not step down, is set to face robust questioning from members of his oversight body, the NI Policing Board, in a public meeting later on Thursday.

Stormont ministers also have a scheduled Executive meeting on Thursday.

It appears unlikely that Mrs Foster and Ms O’Neill will come together later for their weekly joint post-Executive press conference.

The PPS said the move was in line with procedures and came in response to a number of requests, including one from a public representative on behalf of a member of the public.

The review will be carried out by a senior PPS lawyer who was not involved in the original decision-making process.

That lawyer will be assisted by advice from an independent senior counsel.

Thursday’s events are playing out on a day when Northern Ireland took its next gradual steps out of lockdown.

Up to six people from no more than two households can now meet outdoors in a private garden.

Ten people, from no more than two households, are able to participate in outdoor sporting activities.

Golf courses can reopen, although clubhouses must remain closed.