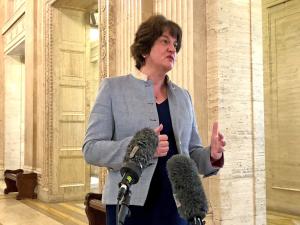 Northern Ireland’s new Covid-19 restrictions are a wake-up call and not a second lockdown, the First Minister has said.

Arlene Foster encouraged the public to follow the latest measures, which she said were designed to prevent the need for a return to a lockdown.

Speaking after the Prime Minister addressed the UK about further coronavirus measures, she said the virus had “crept into communities” in every county in the region.

“We need to act but I do want to reassure you that despite all of the headlines this is not a second lockdown,” Mrs Foster said. “This is a wake-up call, a reminder that we are not out of the woods.”

Fresh Covid-19 restrictions were extended to all of Northern Ireland on Tuesday evening.

There can be no mixing of households indoors, with some exemptions, while no more than six people from two households can meet in a garden.

Previously, the measures only applied to Belfast and Ballymena in Co Antrim.

The DUP leader described the additional restrictions as “tough”.

“Despite all of our divisions in Northern Ireland, our doors have always been open. We are good neighbours, we are naturally hospitable to everyone, but it is no kindness to host or attend large gatherings in each other’s homes at the moment.

“We speak specifically about the house parties inside and outside. The only winner in the long term from such scenes will be Covid-19.” 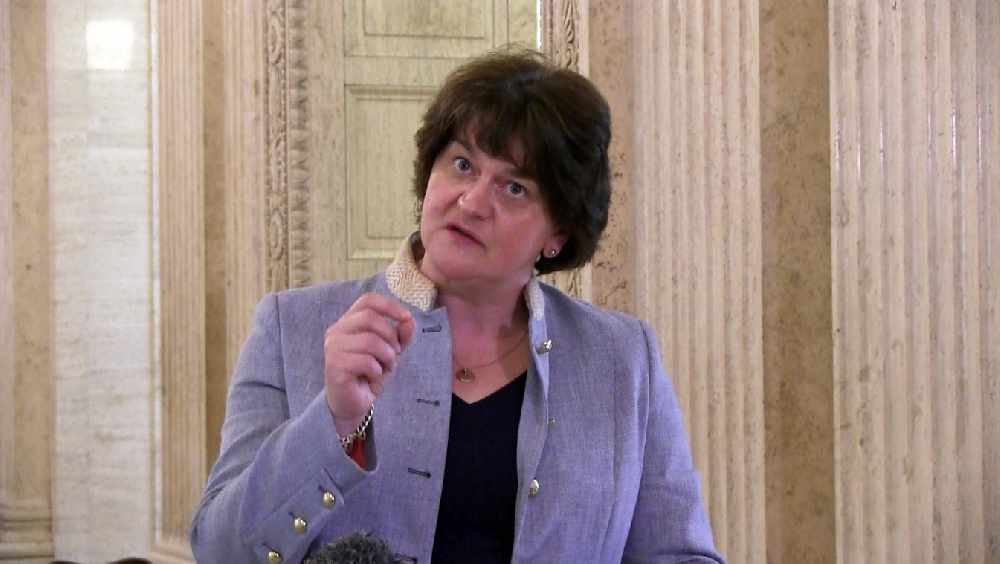 But she urged people to be sensible and adhere to public health guidelines.

“We are resolute in dealing with this virus but we cannot do this alone and I am asking every person to join with us to limit the virus,” she said.

Deputy First Minister Michelle O’Neill said they were “deeply concerned by the alarming levels of spread of the virus across the community”.

“We are in a critical period in our response to this pandemic, which continues to escalate globally,” she said.

“Our priority is about protecting people and it’s about saving lives. That’s paramount. We cannot afford to let our guard down.”

Earlier, the Prime Minister fielded calls for an extension of the jobs furlough scheme during an emergency Cobra meeting with devolved ministers.

The British Government was not forthcoming with support in response, Mrs O’Neill said.

A so-called circuit breaker, a short-term return to lockdown, was not discussed during the virtual meeting with Boris Johnson, the Sinn Fein vice-president added.

She said: “It is very clear that we all need to take action that is commensurate to the risk posed in each of our areas of responsibility.

We are in a critical period in the fightback against COVID19

We must act now to protect people & save lives

These restrictions are necessary to protect you & your family

As a mother & daughter, I understand impact of restrictions on family life

Saving lives must be paramount pic.twitter.com/9SQ9yMHQum

“I made it very clear in the conversation today that we need to have a very focused north-south, east-west approach, that we need to be working across this island and between the two islands in terms of our response.”

On Thursday, Stormont ministers will discuss what potential “tools” they can use to handle the current stage of the crisis.

There were 75 new confirmed cases of Covid-19 in Northern Ireland reported on Tuesday.

“We have an inevitable rise in positive cases, that is going to continue but the window of opportunity should not be missed. We have a chance now in the next two to three weeks to try and reverse the trend.”

Pubs which do not serve food are due to open on Wednesday, despite the fresh restrictions. 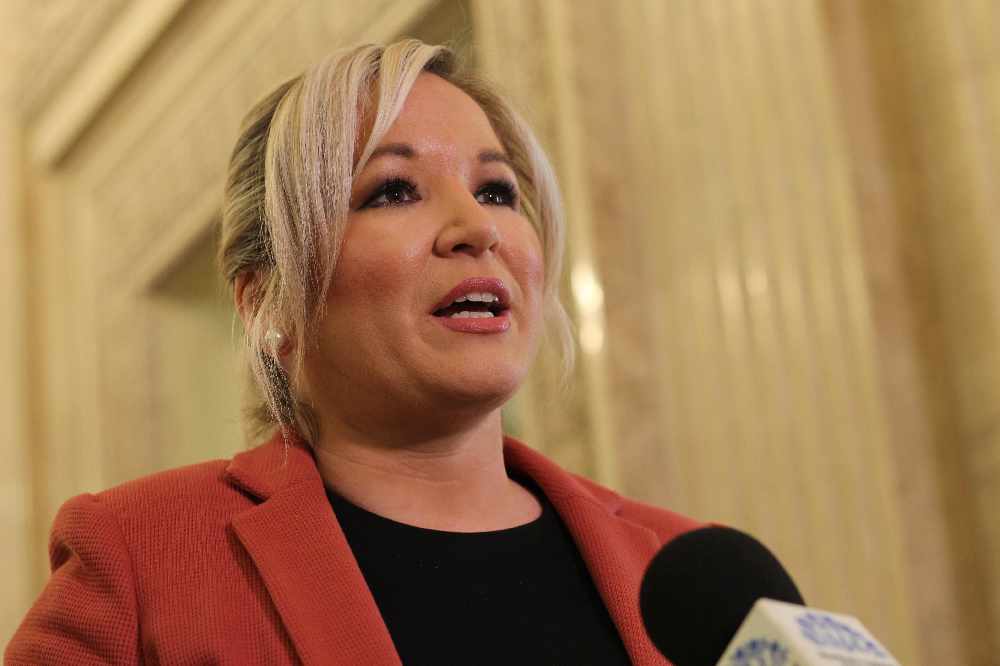 Ms O’Neill said: “I think it is a confusing message that you are moving towards opening up a sector, but the pub sector is the only part of that entire hospitality sector that has not opened.

“You have to be reasonable about that, 30,000 jobs are impacted by that sector not being opened.”

She said there was a difference between a regulated setting with good hygiene measures in place and people’s own homes, where they feel more relaxed and are less likely to wash their hands.

“I accept that is a slightly conflicting message there but we would only be moving forward if the science and health advice say that we can,” she added.

Mrs Foster also reiterated her call for the Government to extend the furlough scheme beyond October.

“It is incumbent upon us all to recognise that financially we cannot expect to take action which impacts upon people and then not give them the assistance they need,” she said.

Challenged on the rationale for allowing the reopening of so-called wet pubs to proceed, Mrs Foster insisted recent infection clusters were not associated with hospitality sector businesses that have been open since the summer.

She said a two-week period of lockdown to try to halt the spread of the virus could not be ruled out.

The First Minister said if people adhered to the new restrictions, more severe steps could be avoided.

She added: “What we’re trying to say to people is please work with us now in relation to these limited restrictions and, if you do that, then we may hope not to have to get into a situation where we have to take other graduated steps.

“Of course, the circuit breaker will be towards the end of those steps, because it would be a lockdown affecting the whole of society.”