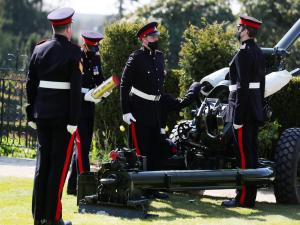 The funeral of the Duke of Edinburgh has been marked across the island of Ireland.

The DUP leader was joined by party councillors and piper Aaron Elliott outside the Co Fermanagh castle to observe the silence as the funeral service began.

Mrs Foster said her prayers were with the Queen and the royal family as the duke was laid to rest in St George’s Chapel in Windsor. 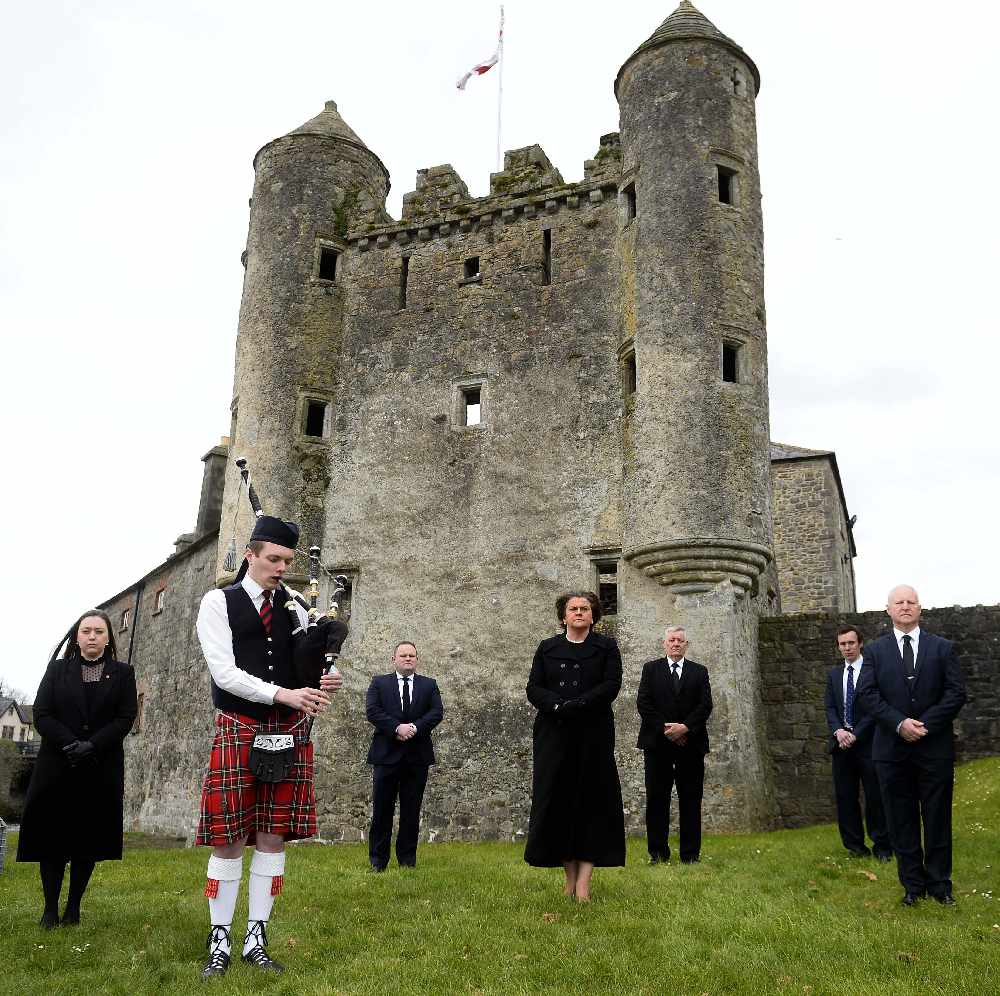 The duke died at Windsor Castle on Friday April 9, aged 99.

His funeral took place on Saturday afternoon within the grounds of Windsor Castle.

While the minute’s silence was held across the UK there was a two-gun salute in tribute to the duke at Hillsborough Castle in Co Down.

One round was fired from the castle to mark the beginning of the silence while another marked the end.

Gun salutes were also heard across the UK, including at Cardiff Castle and Edinburgh Castle, as well as on Royal Navy warships deployed in Portsmouth, Devonport and overseas. 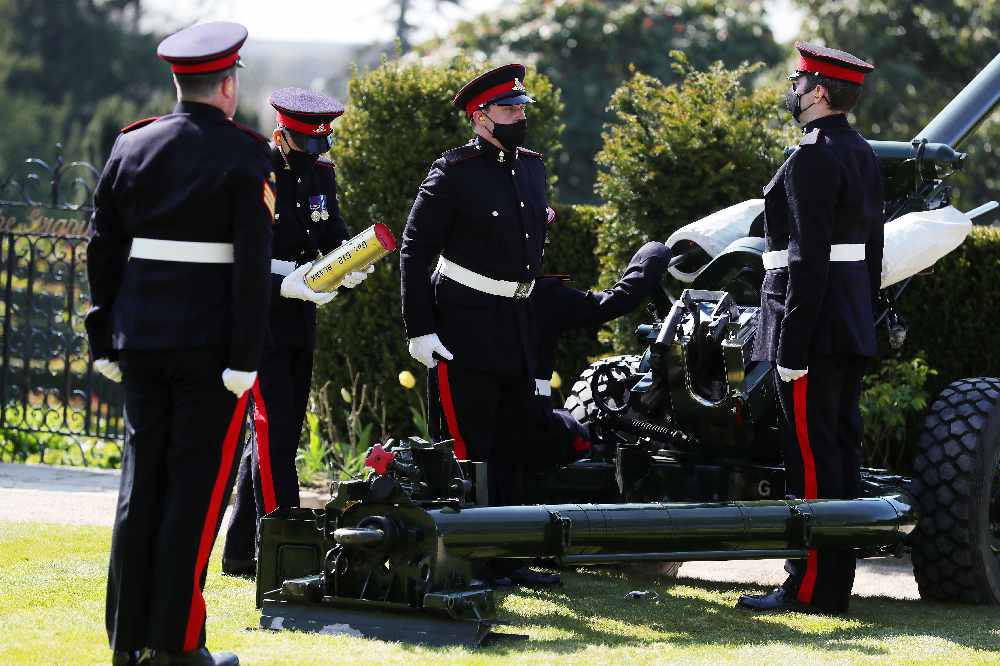 (206 (Ulster) Battery Royal Artillery conduct a gun salute at Hillsborough Castle, Co Down, to mark the National Minute's Silence on the occasion of the funeral of the Duke of Edinburgh)

Flowers were laid beneath a tree planted by the duke during his first visit to Hillsborough Castle, the Queen’s official residence in Northern Ireland, in 1949.

In the Republic, the tricolour was flown at half-mast on all State buildings to mark the death of the duke.

Aras an Uachtarain (the residence of the President of Ireland) and Iveagh House (the headquarters of the Department of Foreign Affairs) were among the buildings where the flags were lowered.

The UK ambassador to Ireland Paul Johnston thanked the Irish Government for what he described as “this very special gesture”.

Under Ireland’s national flag guidelines, the flag can be flown at half-mast on “all prominent buildings” on the death of a national or international figure under the advice of the Taoiseach.