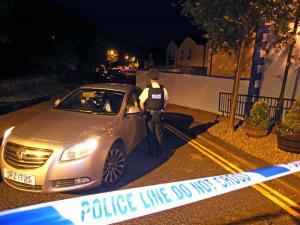 Police have confirmed damaged caused to two cars and parts of a house in Cushendall was caused by a crude pipe bomb type device.

Officers were related to the incident on Mill Street following reports of a 'loud bang' last night.

A number of remnants of the device have been removed for further examination.

Detective Inspector Peter McKenna said, “Detectives are working to establish a motive for this incident and I am continuing to appeal to anyone who was in the area last night, between 11pm and the time the incident was reported to us, and who saw or heard anything suspicious to get in touch by calling 101, quoting reference number 2334 03/07/19.

“Alternatively, information can also be provided to the independent charity Crimestoppers on 0800 555 111 which is 100% anonymous and gives people the power to speak up and stop crime.”