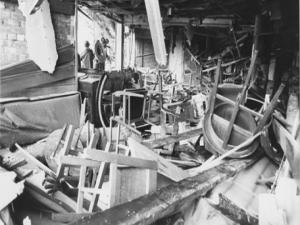 The UK has rejected a call from the Birmingham pub bombing families for a special funding model to help them pay their legal costs at the reopened inquest.

Relatives bereaved by the 1974 terror attacks had asked Home Secretary Amber Rudd to establish a fund similar to that created for the families represented at the Hillsborough stadium disaster inquests.

Ms Rudd has turned down the request, made by nine of the families, but said she supports their application for legal aid funding through the conventional route of the independent Legal Aid Agency (LAA). The families' lawyers have been working pro bono to date.

Six men wrongly convicted of the murders - the Birmingham Six - were released in 1991 after their convictions were overturned by the Court of Appeal.

An inquest opened days after the bombings was closed without hearing evidence in 1975 in response to the guilty verdicts. Relatives campaigned for years for the inquest to be reopened to probe what they said was a litany of unanswered questions, including claims that police failed to act on intelligence that could have prevented the attacks.

The Home Secretary informed Julie Hambleton, sister of 18-year-old victim Maxine, of her decision on the Hillsborough-style legal aid fund in a telephone call.

Ms Hambleton expressed disappointment at Ms Rudd's stance and stressed the importance of obtaining a swift decision from the LAA.

"The Home Secretary expressed both her sympathy and support for the relatives of the victims," she said.

"But she has decided not to offer funding along the lines provided to the families of the victims of the Hillsborough disaster 1989.

"This is disappointing as the families of the Birmingham pub bombings victims only wanted parity with the Hillsborough families and this decision appears to be a continuing injustice."

The families are set to lobby Conservative politicians on the issue when the party's conference take place in Birmingham next week.

A Home Office spokesman said: "It is right that the families bereaved by the Birmingham pub bombings are represented at the forthcoming inquests, and legal aid exceptional funding will enable this. However, it is of course for the Legal Aid Agency to approve legal aid applications.

Ms Rudd has also written to Justice Secretary Liz Truss, whose department funds the LAA, to highlight the issue of funding legal representation for bereaved families at inquests.