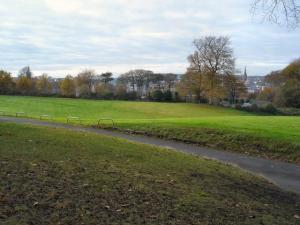 Two 17 year old girls have reported being sexually assaulted in separate incidents in a park in Londonderry this weekend.

A 15 year old boy was charged and appeared in court following one incident on Friday night.

The second report was received on Sunday with a 20 year old suspect arrested on Monday morning.

The 15 -year-old boy has been released on bail after appearing before Londonderry magistrates court today.
A police officer told the court the girl had gone to the park with friends and had been speaking to the accused earlier in the evening.

The girl went on a walk with the suspect who allegedly got on top of her and raped her when she fell into a bush.

The PSNI officer said bruises on the girl's body were consistent with force being used to hold her down.

The court was told the boy admitted engaging in sexual activity with the girl but denied raping her.

Clarifying both incidents were not being linked Superintendent Gordon McCalmont said people should not be alarmed or reluctant to visit St Columb’s Park.

“Local police work closely with park wardens and other relevant statutory agencies on an ongoing basis to try to ensure the park is a safe environment for all" he said.

"We will meet with our partners in the coming days to collectively examine how we can continue to improve in this area and if extra measures can be implemented.

“The park forms part of our regular patrols and officers carry out frequent checks of the area when they not responding to emergency calls or providing assistance to the public.”

A spokesperson for Derry City and Strabane District Council confirmed that Council would work closely with the PSNI to ensure the park remains a safe area.