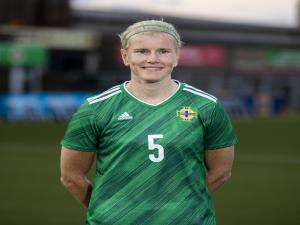 The record caps holder for the Northern Ireland women’s football team has paid tribute to her parents as she was honoured by the Queen.

Julie Nelson, 35, is to receive the British Empire Medal (BEM) for her services to women’s football.

She made her debut for Northern Ireland in 2004 and the defender is an integral part of the squad which made history by reaching their first major tournament when they qualified for the finals of Euro 2022.

Julie has been capped 117 times and was the first female footballer to reach the 100 caps milestone for Northern Ireland.

It’s been emotional...when you love playing for your country so much, 100 international caps can bring a tear to the eye of even the toughest defender...We give you - the all-time great, the legendary, the one and only @JulesNelson5 #Nelson100 @NorthernIreland #GAWA pic.twitter.com/FSItVwPnam

At club level the Larne woman plays for Crusaders Strikers but her career has taken her around the world with spells and Everton and Glasgow City, as well as playing in the United States and Iceland.

She currently works at Ulster University but previously worked for the Irish Football Association promoting the women’s game.

Julie told the PA news agency that she originally thought it was a joke when she received the email telling her she was being honoured by the Queen.

She said: “It was a big surprise. It was overwhelming, I never thought that just for playing football for Northern Ireland you would end up getting an award from the Queen, so it is fantastic.

“It is not something that I had ever dreamed of before and it is a huge honour to be on that list.

“I knew nothing about it, I didn’t know I’d been recommended for it and it was a complete surprise when it popped up on my work email.” 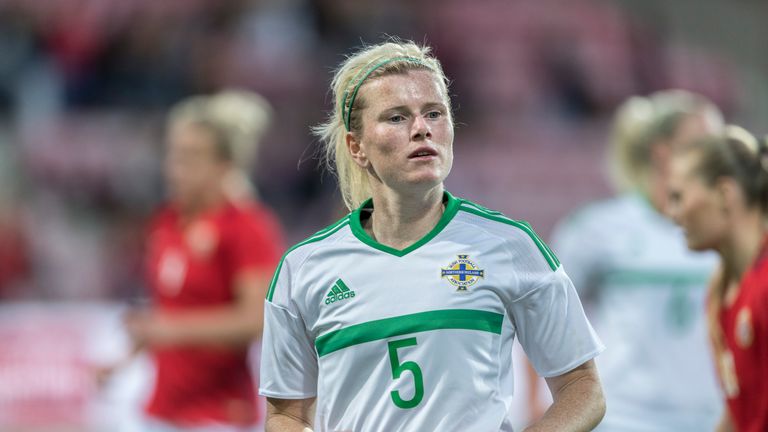 Julie said she has kept the award a secret from everyone except her parents.

“I’m sure I read the email at least five times to make sure it was actually real and I had to call my parents. I will be glad to share the news with everyone else.

“It was definitely hard to concentrate on my job for the next hour or two on that Friday afternoon. You have to try and come back to normal because you have to keep it a secret.”

Julie said the award was proof of the growing stature of women’s football.

She added: “There have been players from other countries who have got recognition in the past and it is fantastic to see Northern Ireland now being recognised.

“I’m sure my parents will have the medal up on the wall somewhere in their house, they will be fighting with me to see whose house it is going to go to.

“I wouldn’t be where I am without their support.

“I had a bad knee injury when I was 19, and thankfully they paid for the surgery at that time and I was able to get back playing.

“They have driven me here, there and everywhere. My dad used to be a taxi driver basically, driving me everywhere for training for football and it is great to see that reward now paying off.”