Machine Gun Kelly and YUNGBLUD are set to release three new tracks together, including one with The Used's Bert McCracken. 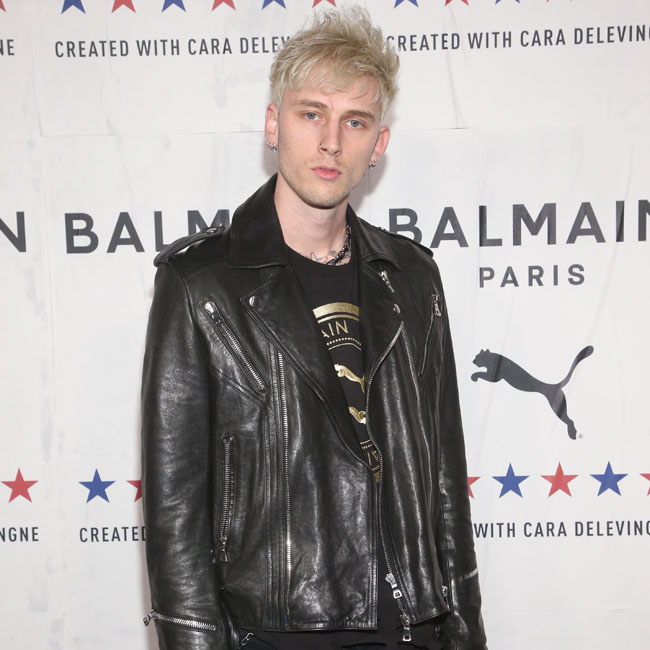 Machine Gun Kelly has three new songs with YUNGBLUD on the way.

The 'Rap Devil' star and the 'Strawberry Lipstick' rocker have recorded a bunch of tracks to follow-up 2019's 'I Think I'm OKAY' from the former's LP 'Hotel Diablo'.

One of them features The Used frontman Bert McCracken.

Kelly revealed he wishes one of the tracks featured on his upcoming pop-punk LP, 'Tickets to My Downfall', which is released next week, but it didn't for "personal reasons".

He explained: "They are so fire.

"The reason they aren't on the record is personal reasons. It's because one had a feature that we're trying to blend together, I listened to it again for the first time in a long time the other day and almost regretted not putting the energy into figuring it out earlier because I wish this song was on the album. I would be foolish to think that I'm not going to release a deluxe version of this by the holidays, which you would also want a reason to come back and hear stuff."

The rapper loves how well Bert and YUNGBLUD's voices blend together.

He continued: "I love when me and YUNGBLUD do records together because they flow so well.

"I guess you wouldn't know outside of 'I Think I'm OKAY' because we don't have any other records out together, but you see how that blended in sounds. The other records are no different. They're just as big and sound massive. I'm glad that we have something to re-release and re-spike around this album in a couple of months."

Kelly hailed British musician YUNGBLUD as a "new version" of emo legend Bert, while he heaped praise on Blink-182's Travis Barker's drumming on the track.

He added to Rock Sound magazine: "It's me, Bert [McCracken] and YUNGBLUD on one of the songs.

"It's so hard dude. YUNGBLUD sounds like a new version of Bert. Their voices register on the same pitch and with that same ferocity. They can both do raspy, on pitch screams. I want to say it's one of Travis' [Barker] most unique drum cadences I have heard him play on the whole record and the outro is the most classic of pop-punk. It was one of those things where I'm so glad that it's on our record. It's just a bunch of 'Woahs' but it's the way that they come in. I think that it was YUNGBLUD who freestyled that."