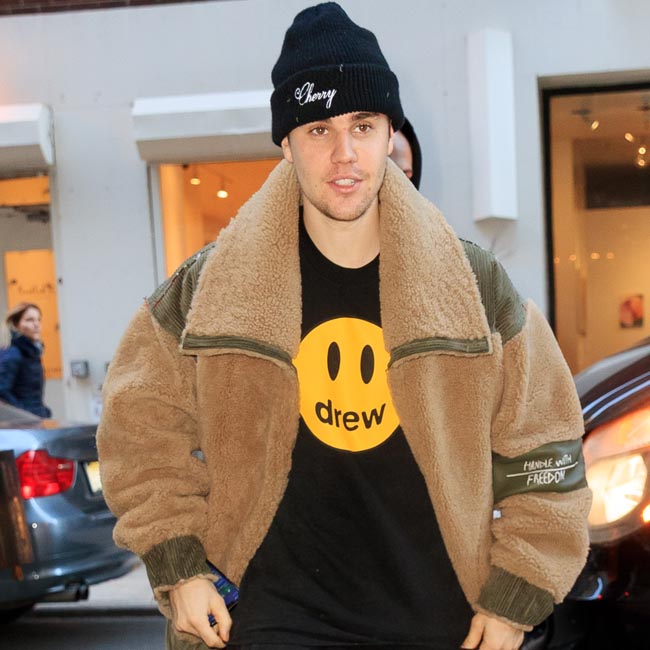 Justin Bieber has confirmed his new single, 'Holy', will be released on Friday.

The 26-year-old singer has announced the new track, which he has collaborated with Chance The Rapper on, dubbing it the start of a "new era".

Chance also shared the news on his own social media accounts.

He captioned a photograph of Justin wearing his merchandise: "#HOLY WITH @JUSTINBIEBER FRIDAY !!! PRE-SAVE IT NOW!! (sic)"

The jbsoon.com website debuts the artwork in full, with two clickable links that allow you to pre-save the track on Spotify or pre-add it on Apple Music.

Justin previously teased the release of his new single - which is out on Friday (18.09.20) - saying there are just "four days" to go until the song arrives.

The 'Love Yourself' hitmaker also shared a snap from the set of the music video for the single, for which he has teamed up with the director behind Cardi B and Megan Thee Stallion's controversial promo for 'WAP', Colin Tilley. The photo sees Bieber and the filmmaker sitting on chairs, with the singer covered in mud.

'Holy' is the first song from the 26-year-old star since his studio album 'Changes', which was released in February.

Meanwhile, Bieber is set to head out on his 'Changes Tour' in 2021.

The 'Yummy' singer was forced to postpone his international tour in support of his fifth studio album before its May 14 start date this year due to the coronavirus pandemic, but he'll instead be heading out on the road next year.

In a statement, he said: "I can't wait to get out there and connect with my fans on this tour. We've been through so much ... We've come to understand how much we need each other, and how meaningful these moments can really be."The Grammy-winner will begin his world tour - which will be his first in four years - on June 2, 2021 at San Diego's Pechanga Arena.