PALE WAVES SECOND ALBUM WHO AM I? OUT TODAY! | BELFAST SHOW ON SALE NOW

SECOND ALBUM WHO AM I? OUT TODAY! 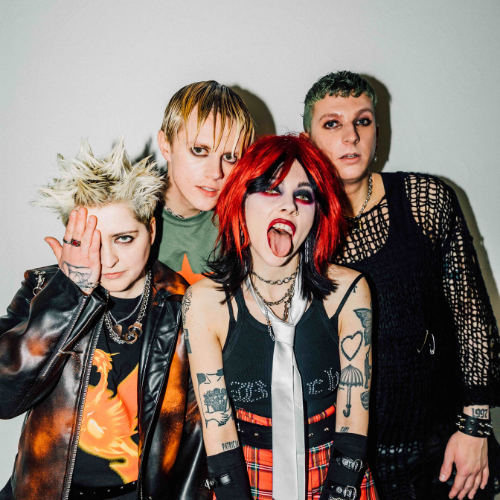 Pale Waves have released the band’s second album Who Am I? today, February 12, via Dirty Hit.

Who Am I? was recorded primarily in Los Angeles alongside producer Rich Costey (Muse, Foo Fighters, Sigur Rós),  before the Coronavirus lockdown in 2020 forced the making of the album to go virtual, with Heather and Ciara remaining in LA and the rest of the band returning home to record their parts in their bedrooms.

Who Am I? is out now. We’re so glad it’s finally yours, and hope this album helps you makes sense of who you are, the same way it’s helped us 🖤☠️ https://t.co/yHeyamUM3C pic.twitter.com/hzIk3jLy6S

Formed of frontwoman Heather Baron-Gracie (she/her); drummer Ciara Doran (they/them); guitarist Hugo Silvani (he/him) and bassist Charlie Wood (he/him), Pale Waves released their debut album My Mind Makes Noises in September 2018, by which time they had already won the NME Under The Radar award, made the BBC sound of 2018 shortlist and toured with Dirty Hit label mates The 1975. When the album charted at 8 on the UK album chart, Pale Waves were seen as more than a breakthrough act and instead one of the most important emerging indie-pop bands in Britain.