Shania Twain rewears Man! I Feel Like a Woman! outfit

Shania Twain has re-worn her 'Man! I Feel Like a Woman!’ outfit in a recent TikTok video after more than 20 years. 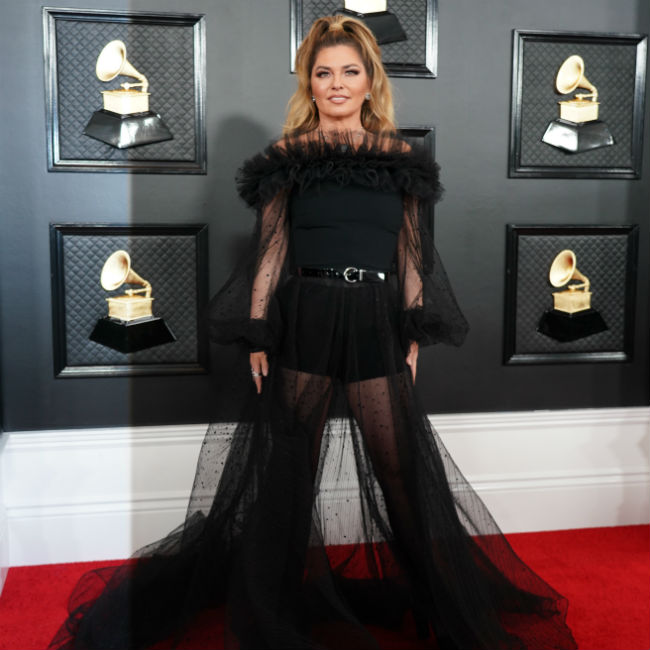 Shania Twain rewears Man! I Feel Like a Woman! outfit

Shania Twain has re-visited her iconic ‘Man! I Feel Like a Woman!’ outfit.

The 55-year-old singer donned a black bustier mini dress, white jacket, thigh-high velvet boots and a black top hat for the original music video in 1999 and has now whipped out the ensemble for a TikTok video.

The video begins with a clip from the classic promo, showing off the outfit before cutting to a modern-day Shania wearing an identical outfit.

She had swapped a few details from the original outfit by adding some fishnet tights, bright red lipstick and a silk choker with teardrop gems.

A number of fans praised the country singer in the comments, with one writing: "Amazing!!! To be able to fit into your original outfit. (sic)"

While a third added: "The best singer ever, love you".

However, it's not the first time Shania has brushed off the outfit as she gave fans a glimpse of the classic ensemble in 2017 during her 'Life’s About to Get Good' video, which featured Shania wearing the same look in her dressing room.

♬ Man! I Feel Like A Woman! - Shania Twain

Meanwhile, the 'That Don't Impress Me Much' hitmaker has slammed the world's "sexist point of view", as she admits she was criticised a lot in her career but she has insisted she has definitely "managed" to get her own way over the years.

She said: "You're not really allowed to be too pretty or too sexy or too anything, expressively, as a woman. I think that’s a very sexist point of view ... I managed to get my way. Making the album is one thing but after the album is released, the work keeps going on."

And Shania admits men used to hate her because she was "too opinionated" and too "demanding".