Amy Hart has landed a job as a guest panellist on 'Loose Women', following her departure from ITV2 reality show 'Love Island'.

Fans can catch her on the panel of the ITV daytime talk show from next week on Wednesday, the 24th July 2019.

Speaking about her new role, she said: "I'm so excited, I've been a fan of 'Loose Women' since I was 12. It's my birthday tomorrow so this is the best present ever. I can't wait to see the ladies next Wednesday."

The face you make when someone asks you if you cried when you got the call from the Loose Ladies 💖😭 What a birthday present that is! 🎉🎁🎈

Amy, 27, appeared on 'Loose Women' on Monday (15.07.19) as a guest, and it appears she made such an impression she's now been invited back to join the panel.

During her appearance this week, the air hostess described her 'Love Island' turmoil, which saw her half-boyfriend Curtis reveal he had feelings for newcomer Jourdan Riane, before Maura Higgins also stepped in to tell Curtis she wanted to get to know him better.

Speaking about Maura, Amy - who left the villa after initially being saved by her fellow islanders, as she wanted to give Curtis a chance to move on - said: "Initially I didn't warm to Maura because of her treatment to Molly and her treatment of Elma. However because she's kind, caring and funny and we've both travelled a lot, so we bonded over that. You live in the same house as people - we did form a friendship. 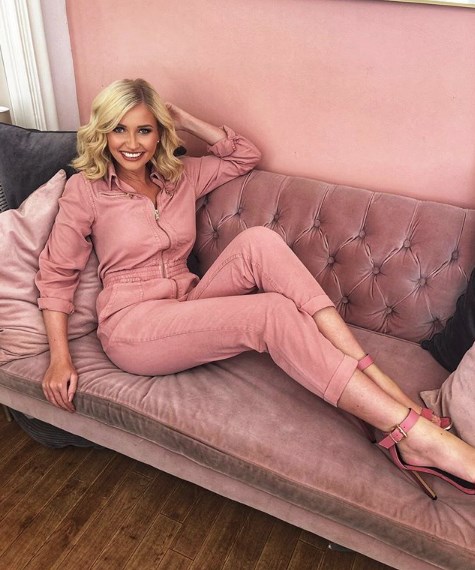 "So, then for her to once again move the goal posts to suit her situation to decide we never friends in the first place because she wanted to get with Curtis, obviously it's not the most ideal thing. But I left on good terms with her because I want all of my friends to be happy."