'The Great British Bake Off' has revealed the baking favourites who will be returning for the Christmas and New Year's specials. 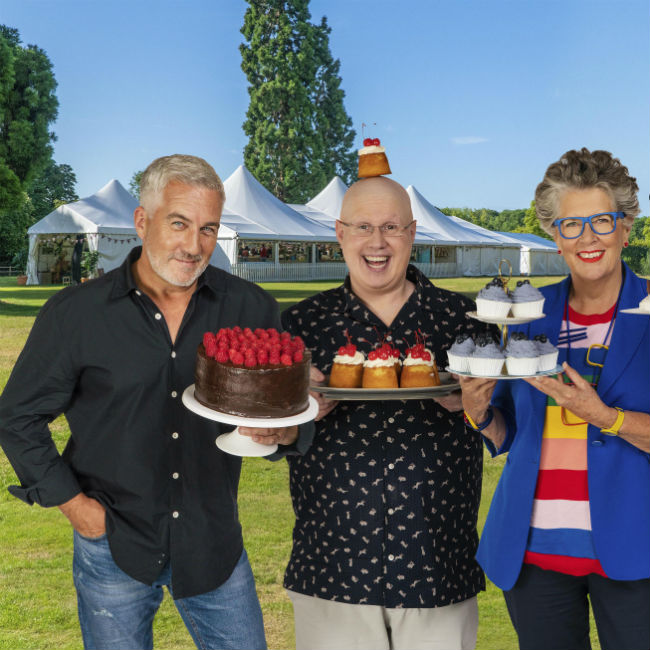 'The Great British Bake Off' has revealed the line up for Christmas and New Year's specials.

The Channel 4 competition - which is fronted by judges Paul Hollywood and Prue Leith and hosts Matt Lucas and Noel Fielding - has invited back eight previous bakers to compete against each other in two episodes over the festive period.

James Hillery, Jamie Finn, Rosie Brandreth-Poynter and Ruby Bhogal will return for the Christmas Eve (24.12.20) episode, whilst Helena Garcia, Henry Bird, Nancy Birtwhistle and Rahul Mandal will step back into the tent for a New Year's special on January 3.

The Christmas edition will also feature a guest appearance from Alexandra Burke, who will perform her version of 'Silent Night'.

Meanwhile, it was previously revealed Tom Allen stood in for Noel Fielding - who welcomed his second child with partner Liliana Bird in October - during filming for 'The Great British Bake Off' Christmas special.

Bake Off returns this Christmas Eve for a festive special featuring some very familiar faces! Joining us in the tent are: @Cluckmuckcook @jamiepfinn @RosieBrandreth and @RubyBhogal_ - with @tomallencomedy kindly filling in for Noel! #GBBO pic.twitter.com/oEq5H597qB

Tom revealed: "I was thrilled to be asked to host with Matt Lucas. Finally, bald gay men are getting their chance on television."

Although more details are yet to be revealed for this year's competition, Tom revealed that he had "great fun" watching the bakers treat the judges to delicious cakes.

He added: "Paul and Prue get treated like priests, the bakers walking up, like bowing to them... they were so reverential. It was great fun."

Meanwhile, Tom recently revealed how he wanted to be an actor when he was younger after gaining experience with the National Youth Theatre and appeared in films, including the comedy 'Starter for Ten'.

He said: “I wanted to be an actor but it turned out I was just gay. Standup is not something you really do as a teenager. You do plays instead. I was like, ‘Hmm. All these plays seem to be about other people.’”