Lil Nas X's Satan Shoes have been hit with a trademark infringement lawsuit by Nike. 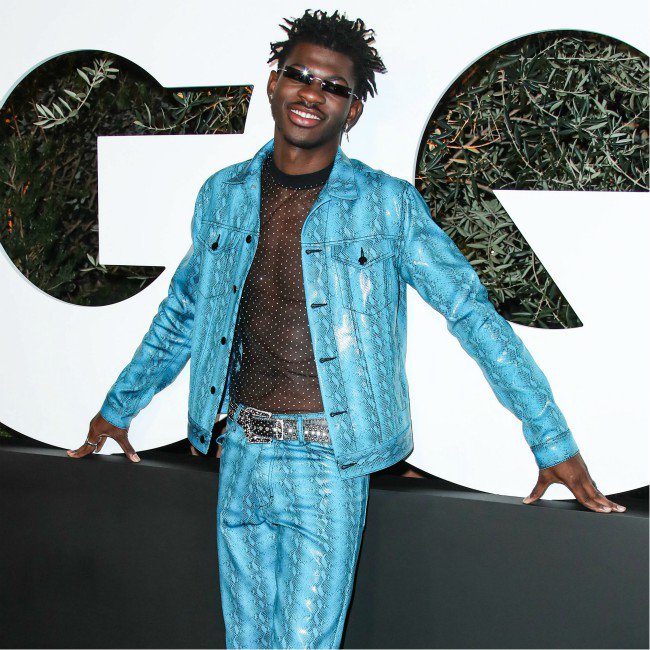 The custom footwear, which had already raised eyebrows over the inclusion of "one drop of human blood", was designed using the sports brand's Nike Air Max ’97 and a limited run of 666 pairs were sold for $1,018 after the rapper wore them in his music video for 'Montero (Call Me By Your Name)'.

Nike has now filed a trademark infringement and has requested that MSCHF refrain from selling the customised red and black shoes with the company's logo.

The sneakers feature an inverted cross and pentagram and are also emblazoned with the words "Luke 10:18", a reference to the biblical verse.

The lawsuit reads: "MSCHF and its unauthorised Satan Shoes are likely to cause confusion and dilution and create an erroneous association between MSCHF's products and Nike.

"In fact, there is already evidence of significant confusion and dilution occurring in the marketplace, including calls to boycott Nike in response to the launch of MSCHF's Satan Shoes, based on the mistaken belief that Nike has authorised or approved this product."

On Monday (29.03.21), the 'Old Town Road' hitmaker - whose real name is Montero Hill - posted a fake video apology after the Satan shoes - which he donned while dancing with the devil in the promo - went viral.

He said in the clip: “Okay guys, I see everybody’s been talking about this shoe, and I just want to come forward and say..."

The video then jumped to the pole-dancing scene from the 'Montero' music video.

Meanwhile, FKA twigs' fans took to social media to point out that Nas X's promo was similar to the 33-year-old singer-songwriter's 'Cellophane' video.

However, video director Andrew Thomas Huang has insisted "sharing aesthetics and paying homage is part of the creative process".

Addressing the comparisons, he wrote: “I’m a fan of @LilNasX. ‘Old Town Road’ is iconic. Sharing collaborators is common. Seeing the ‘Cellophane’ choreographer collab with Lil Nas X is awesome (love a Satan dance). Sharing aesthetics and paying homage is part of the creative process.

“Collective consciousness exists. Images are also expensive to make. Years of work went into the creation of ‘Cellophane,’ from physical training to the emotional labor of unpacking Twigs’ life to construct images told her story of trauma and recovery. ‘Cellophane’ was a confession in the most vulnerable sense. (sic)"