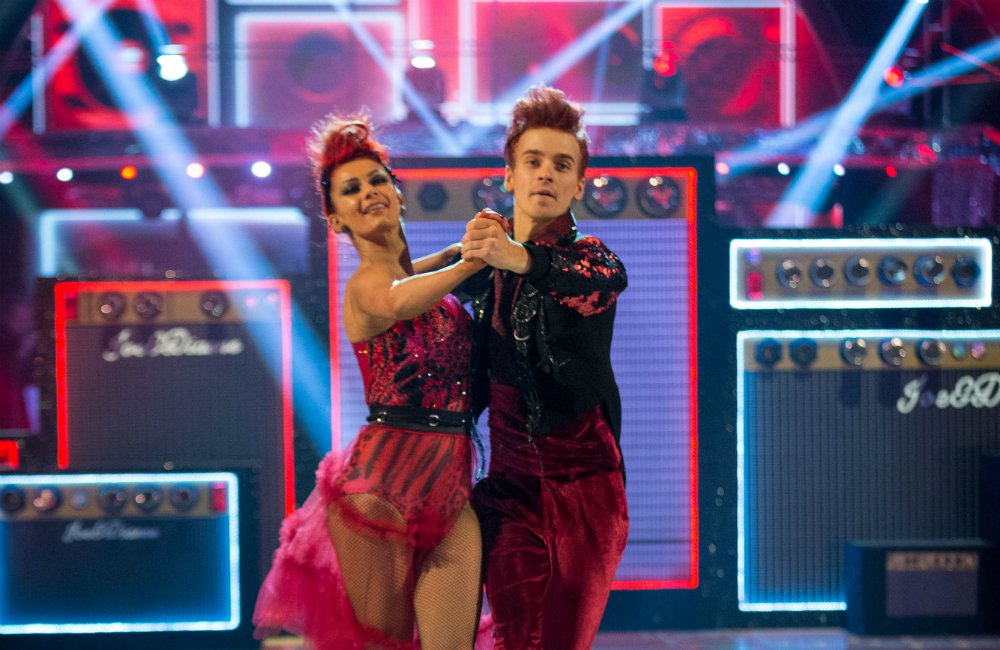 According to The Sun newspaper, the 'Strictly Come Dancing' professionals have spoken to the show's bosses to ask that no social media stars or vloggers take part on this year's series because they have an unfair advantage in the voting.

The 'Strictly Come Dancing' professionals have reportedly asked bosses to not book any vloggers or social media stars for the new series because they have an unfair advantage in the voting.

YouTube sensation Joe Sugg danced his way into the final when he appeared as a celebrity contestant last year and it was his eight million plus subscribers and millions of followers on Twitter and Instagram who ensured he didn't get the boot by voting for him in their droves.

The pros each want to get a fair chance to compete for the glitterball trophy by earning votes from the public for the quality of their routines with their partners and so have asked BBC producers to stick to booking traditional stars.

It’s never too early for some #Strictly 2019 news. 💃🕺🏾
We are excited to announce that our fabulous world class pros are back for the new series! https://t.co/Ik3KZQkaqA pic.twitter.com/cVafOywZBp

A source told The Sun newspaper Bizarre TV column: "Joe's huge popularity caused some tension last year after he was being voted to stay in the show each week. He wasn't the best dancer, so his place on the show was purely based on his fan base. Now the pros are going to unite and ask for no social media personalities for a year, to give everyone a level playing field. The professionals talk regularly discuss on different points relating to the show and this has been a hot topic."

The 2018 series was eventually won by documentary maker Stacey Dooley and her partner Kevin Clifton.

Joe, 27, did win something else on 'Strictly'; he won the heart of his ballroom partner Dianne Buswell and the pair have been a couple ever since.

And Dianne, 29, is following in Joe's footsteps as she has launched her own YouTube channel with her boyfriend's help.