Tom Grennan is set to perform a VR reality set as part of 'Live From O2 Academy Brixton'. 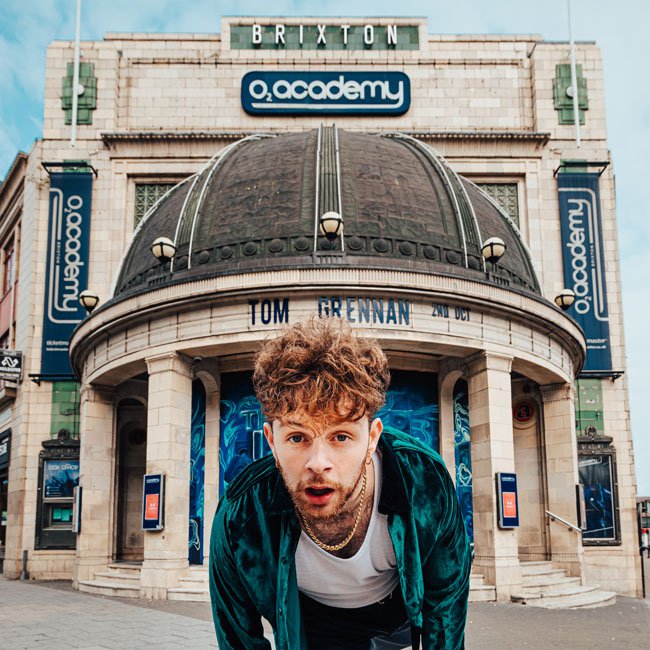 The 'Royal Highness' singer is set to give fans a taste of his second studio album when he takes to the stage at the iconic London venue on October 2, for what will mark one of the first gigs to be held there since before the coronavirus pandemic lockdown.

He said: "Nothing can replace the thrill of live music, especially in a venue as iconic as O2 Academy Brixton. I have loved playing there in the past and I can't wait to get on the stage again with MelodyVR and bring you a taste of the new album. I am putting together something really special for everyone at home who I've missed so much."

Buzzing to announce that I will be doing a 360° interactive livestream direct from @O2academybrix on Friday 2nd Oct! This is going to be special with unreleased songs and surprises to be revealed! I want you all to be involved. Be ready to book your tickets Wednesday 10am 👊 pic.twitter.com/RIBCfgg9Gw

The 360-degree virtual reality performance will be available to watch via the MelodyVR app on smartphones and VR headsets.

The audience will be transported onto the stage at the O2 Academy Brixton and will be able to switch between different camera angles.

Tickets go on sale to the public on September 16 at 10am at LiveNation.co.uk.

Tom was due to hit the road in May for a UK tour, before the shows were postponed due to the ongoing threat of Covid-19.

Meanwhile, speaking about his follow-up to 2018's 'Lighting Matches', which he's due to unveil shortly, Tom previously told BANG Showbiz: "It's amazing, I've written it now, so I'm ready to rumble, I'm ready to get it out.

"I'm gonna hit the ground running in 2020 and hopefully that'll be my breakthrough year!"

The 'Praying' singer previously revealed love and heartbreak are strong themes for his new music and said his aim as a songwriter is to help others.

He explained: "It's important, that's how people get to know you and really believe what you're saying ... I want people to actually relate to the story, and it can help them... It's nice, to be able to put your story out in the world. If you help someone, bonus! That's it! And if it inspires people to try and do it as well, then 100% man!"