Bono gave the debut performance of a new song he penned called 'Let Your Love Be Known' during a live-stream.

The U2 frontman marked St. Patrick's Day (17.03.20) by dedicating the tune he wrote in just an hour to the people of Italy, the Irish and "anyone" in a "tight spot", including health professionals "on the front line", amid the life-changing coronavirus pandemic. 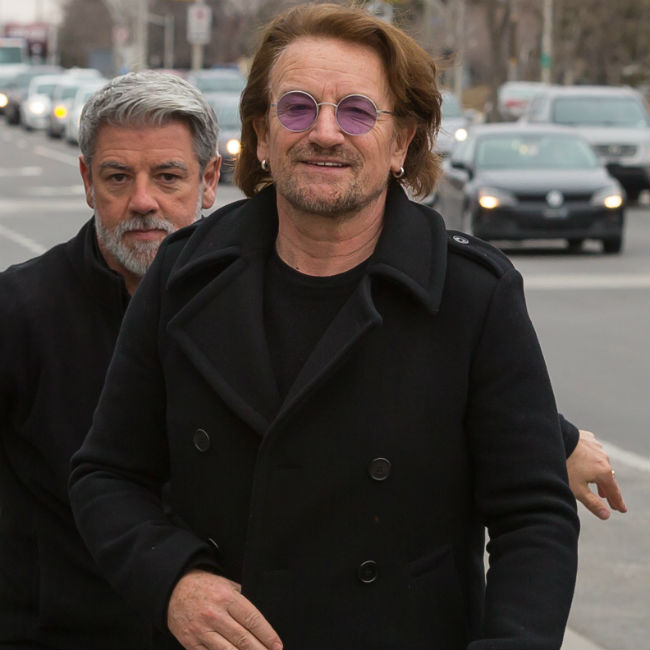 During the live recording posted on all of the Dublin band's social media pages, he said: "A little postcard from bubbling Dublin on St Patrick's Day.

"A little tune, made up here about an hour ago.

"I think it's called 'Let Your Love Be Known' - let me know what you think."

The 'With or Without You' hitmaker - whose country is in lockdown - captioned the post: "For the Italians who inspired [the song] ... for the Irish... for ANYONE who this St. Patrick's day is in a tight spot and still singing. For the doctors, nurses, carers on the front line, it's you we're singing to. (sic)"

A number of artists are taking to social media to broadcast their home performances to fans.

Chris Martin aired a live set from his studio as part of Global Citizen Festival's 'Solidarity Sessions: Together, At Home' series this week.

The Coldplay frontman - who is a curator of Global Citizen Festival - refused to let COVID-19 stop him from playing for his fans and instead took requests and performed renditions of the group's hits, including 'Viva La Vida', and a cover of late music legend David Bowie's classic 'Life on Mars'.

John Legend, Keith Urban, Neil Young, Christine and the Queens, and Yungblud are also among the many musicians who have also followed suit in swapping the stage for their homes to entertain their fans through the pandemic.

The 'All of Me' hitmaker tweeted: "My friend Chris Martin did a lovely little concert from home today. I'll be doing one tomorrow at 1pm Pacific time. See you soon. We'll try to get through this together! #TogetherAtHome (sic)"

Neil announced his own upcoming 'Fireside Sessions' and 'Loner' rocker Yungblud went live this week, and performed to 41,000 fans.