The Killers’ hit track ‘Mr. Brightside’ has now spent a total of five whole years in the UK’s Top 100, making it the only track in history to do so. 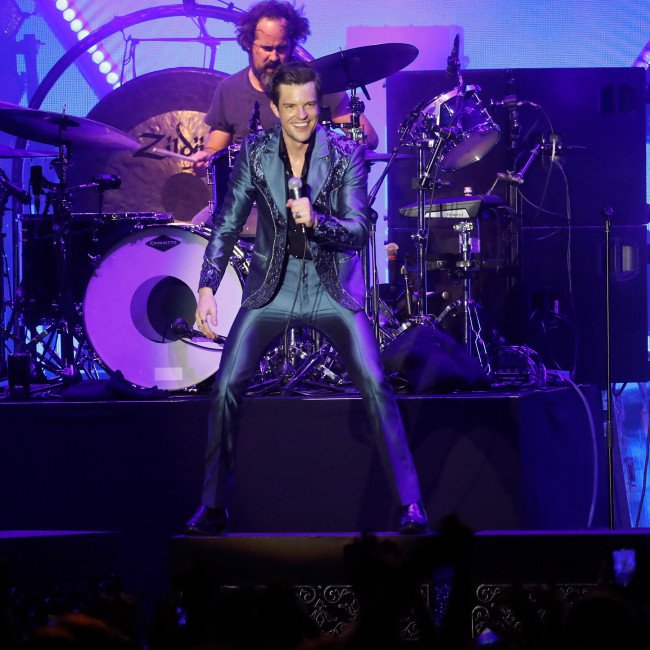 The Killers’ hit track ‘Mr. Brightside’ has now spent a total of five whole years in the UK’s Top 100.

The iconic single was first released in 2003 and it has now cemented its place in the history book by becoming the only song in the history of the Official UK Singles Chart to spend 260 weeks – or a whopping five years – in the top 100.

‘Mr. Brightside’ has held on to the top spot for longest-running chart hits for some time, as its closest competitor is Snow Patrol’s ‘Chasing Cars’, which has spent almost 100 weeks less time in the charts with a total of 166 weeks.

According to the Official Chart Company, Mr Brightside is streamed 1.2 million times a week on average, and has sold 3.52 million copies since it was first released in 2003.

Even more impressive is that the longevity of the track comes after it only reached number 10 in the UK on its second release in 2004, after failing to chart at all the first time around the year before.

The Killers’ frontman Brandon Flowers previously spoke about the origins of the hit track in 2009, when he revealed he wrote the lyrics at the end of his first serious relationship when he was around 19, after he discovered his girlfriend was cheating on him in a pub in Los Angeles.

He said at the time: "I was asleep and I knew something was wrong. I have these instincts. I went to the Crown and Anchor and my girlfriend was there with another guy."

And in 2017, Brandon said he can’t explain why the song is so popular, but feels as though the track belongs to the fans as much as it does to the band.

He explained: "We get little glimpses of stuff like that and it's just incredible.

"As fans, we know what that feels like. Whether it's ‘Enjoy the Silence’ from Depeche Mode or ‘Where The Streets Have No Name’ from U2 - those songs belong to everyone.

"To be a part of it, on the other side of it, it's nothing that we can really explain. But it's really cool."